In Abkhazia there is the so-called Great Abkhaz wall - an ancient defensive structure, the details of which are still a mystery to contemporaries. Perhaps the answers to all the questions will be given by the scientific project launched this summer.

The Abkhaz wall is considered the third longest in the world after the Great wall of China and the Gorgan wall in Iran. The wall in Abkhazia is also called the Great. It stretches for 160 kilometers from the Kelasur River to the city of Tkuarchal, and according to some reports - to the Ingur River itself. The number of towers along the wall, also often referred to as Kelasur, reaches several hundred. Each of them is a small fortress with a height of eight to twelve meters.

Here is a little that contemporaries know about the Abkhaz wall. However, the main question still remains open: who, when and why built it? 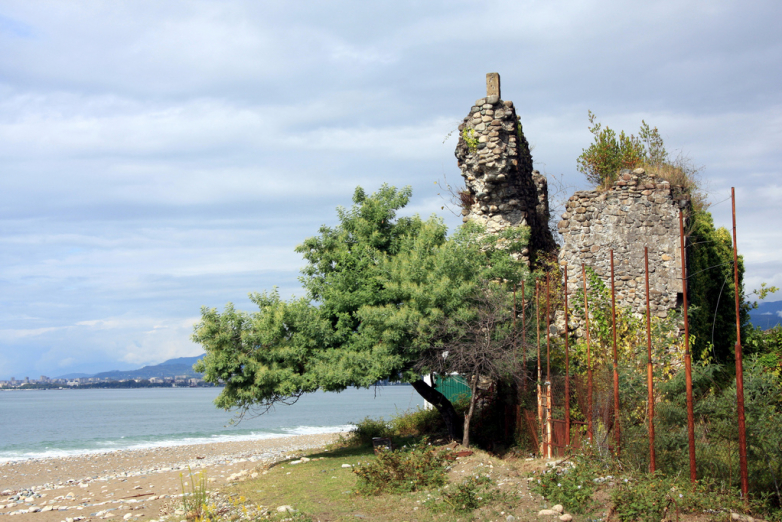 Fragment of the Great Abkhaz wall by the sea
© mytravelbook.org

Most of the ancient defensive structure today is the ruins of individual towers and fragments of the wall. It was in approximately this state in the first half of the year before last, judging by the descriptions of the famous traveler Frederic Dubois de Montperreux. This Swiss of French origin in the 30s of the XIX century for several years traveled throughout the Caucasus, including Abkhazia. 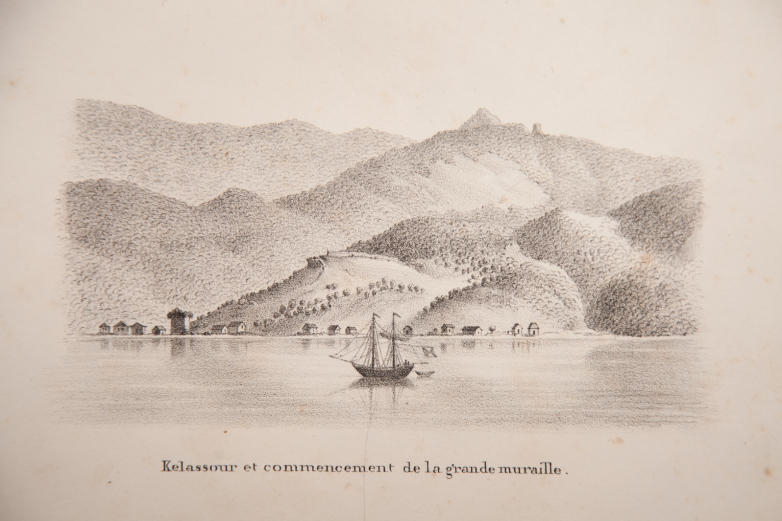 In his notes, he wrote: “This wall began in Kelasuri; a tower covered with ivy and leaning against the ruins of a large structure that stretched along the seashore represented the beginning of this high wall; surviving here and now, the wall rises to the top of the mountain, connecting with other ruins here ... Starting from the outer corner of this kind of Acropolis, another wall was beginning, which rose up the Kodor River valley, moving inland and covering a vast area, including the foreground mountains. Thus, this wall, as if tightly closing the mountain valleys of the Markula and Galisga Rivers, passed above Bedia and ended at Yengur.” 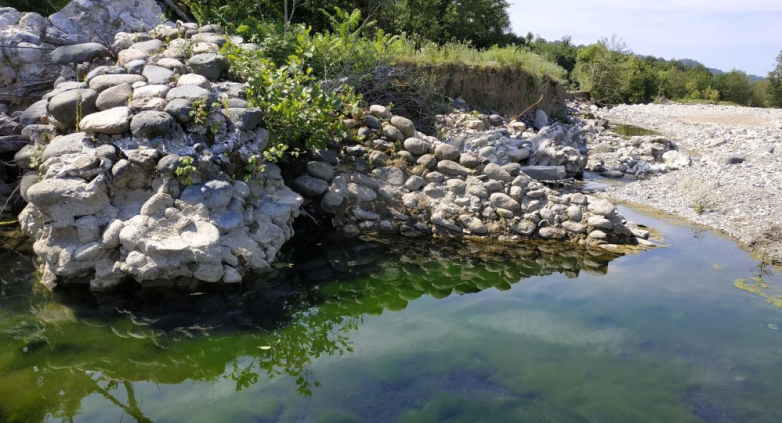 The descriptions of the scientist published in his work “Traveling around the Caucasus” are especially valuable because these are the first attempts of scientific understanding of the emergence of the Abkhaz wall. Dubois de Montperreux notes that the age of the monument is difficult to establish accurately, but suggests that the wall was built by the Greeks several centuries BC. Thus, according to the traveler, the Greeks tried to isolate themselves from the warlike local tribes.

“It was in the spirit of the time,” Dubois de Montperreux concludes, “and it was only a repetition of the constructions made to block the Chersonesos of Heracles, the Bosphorus, Chersonesos of Thrace and many territories of other colonies.” 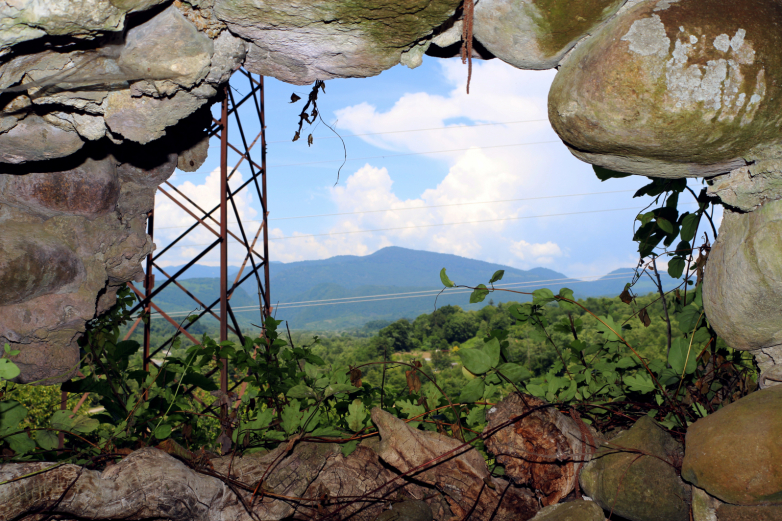 Versions of the origin of the Abkhaz wall

The assumption of de Montperreux is the so-called Ancient theory of wall origin. According to this theory, the ancient Greeks built a massive and extensive defensive structure, which in the second half of the first millennium BC entered the territory of modern Abkhazia and established their colony cities here: Dioskuriada - in the place of the present Sukhum, Guenos and Pitiunt - in the place of the modern Ochamchira and Pitsunda. 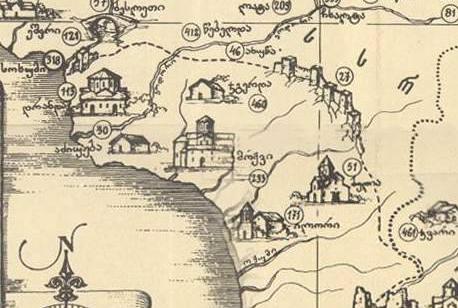 However, this is only one of the versions. There are others.

Therefore, the history of the VI century AD indicates that the interests of the two greatest powers of that time - Iran and Byzantium - then clashed on the territory of the north-eastern Black Sea coast. Some sources claim that Iran, with the support of its North Caucasian allies, tried to tear this territory from Byzantium by making a number of devastating campaigns here. Byzantium acted in alliance with local political entities and managed to expand the defensive system of fortresses and fortifications in the region in anticipation of these invasions.

Various researchers attributed the construction of the Abkhaz wall to the Byzantines, then to the Persians. According to Byzantine theory, the wall was built during the reign of the Byzantine Emperor Justinian I in the VI century AD and defended the country from the invasion of tribes from the North Caucasus. 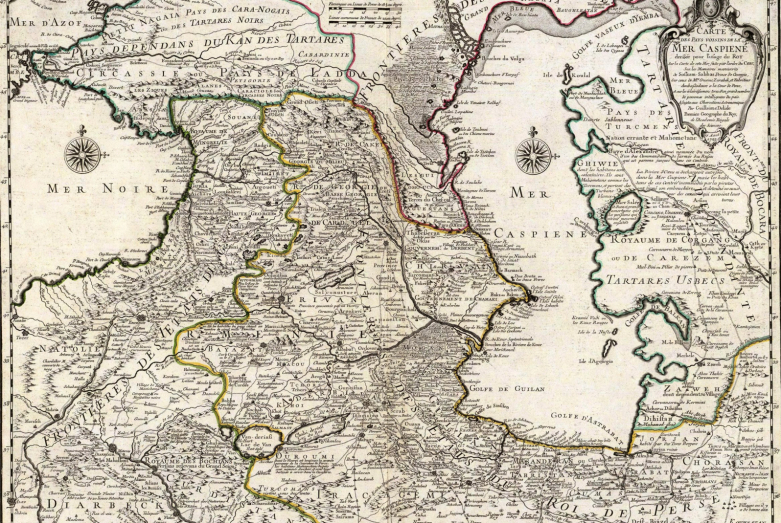 According to another assumption, the wall in the VI century was erected by the Persians, who in that era fought with the Byzantine Empire for supremacy over the Western Caucasus.

In the history of Abkhazia, the Megrelian theory of the construction of the Abkhaz wall still dominates. It lies in the fact that the building was erected only in the middle of the XVII century during the reign of the Megrelian prince Levan Dadiani.

At the same time, some researchers identified two stages at once in the history of the construction of the structure. In particular, the Abkhaz and Soviet Caucasian archaeologist Lev Soloviev believed that the wall was built in the 5th – 6th centuries, and later it was completed and improved in the 10th – 12th centuries. He came to such conclusions based on the study of the wall towers, their location and materials used by builders in its construction. 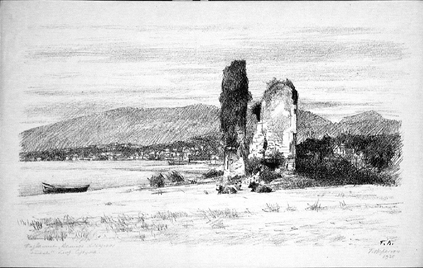 Map of the wall

Finding the answer to the question of when the Abkhaz wall was built, was always difficult because no one had studied the wall on a large scale and in detail. In the records of historians, data differ even regarding the length of the structure and the number of towers.

For the first time, the Abkhaz historian Yuri Voronov described in detail the Kelasur wall. It is his data that researchers still use. The historian created a map on which he noted the location of the sections and towers of the wall. 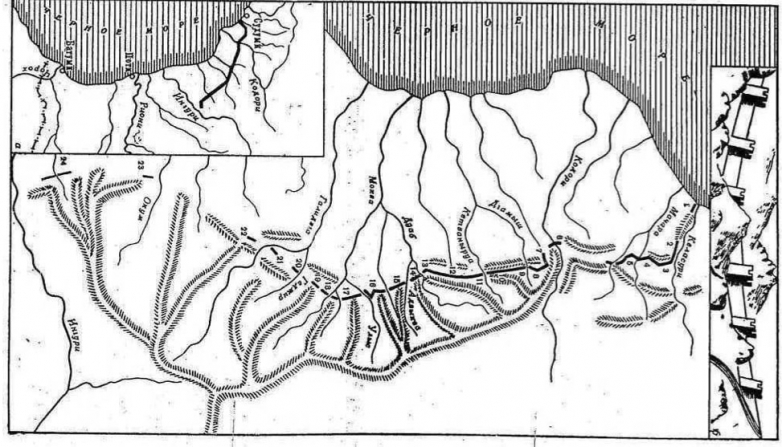 Layout of the Great Abkhaz wall according to Yuri Voronov
© apsnyteka.org

In the book “In the World of Architectural Monuments of Abkhazia” Voronov writes that the total length of the defense line of the Kelasur wall is about 100 kilometers. This line, the historian notes, can be traced from the mouth of the Kelasur River to the village of Lekuhona on the right bank of the Ingur.

An important circumstance, which Voronov points out, is that the Kelasur wall was not continuous.

“Its builders very willingly used the terrain. Of the 58 kilometers of the main line, only 25 was occupied by the wall, which, however, required a substantial amount of work - about 180 thousand cubic meters. In the section from the mouth of Kelasuri to the Gedzhir River (west of Tkvarcheli), gaps in the wall total 33 kilometers. This is mainly inaccessible, very picturesque mountainous terrain - steep slopes, landslides and scree zones, narrow shady ravines,” the historian writes.

According to him, out of 279 wall towers, 275 are in the Kelasur-Tkuarchal section. The distance between the towers usually ranges from 40 to 120 meters. More often towers were erected first, and then a wall was built between them, Voronov notes. 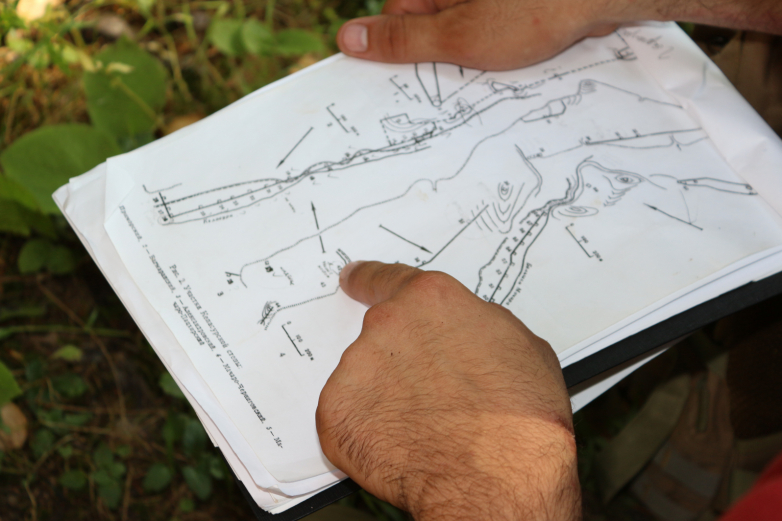 In order to provide answers to all the questions of ancient construction that concern our contemporaries, in June 2019, a large-scale scientific project “Secrets of the Great Abkhaz Wall” was launched in Abkhazia. It is conducted by a group of Abkhaz historians and archaeologists with financial support from the “Amshra” Foundation.

“The time of secrets and myths has passed!” - the historian and project participant, junior researcher of the AbIGI archeology department Sandor Kaitan is confident.

In modern times, according to the scientist, it is necessary to carry out archaeological excavations, which should clarify a lot.

At the first stage of the project, scientists study objects related to the Great Abkhaz wall. They fix GPS coordinates to establish the exact length of the wall and the distance between the towers. More than 200 towers are already explored based on the map of Yuri Voronov.

Kaitan notes that according to some written sources, the structure reaches Ingur, but to date this has not been confirmed. Scientists intend to find the southeastern part of the wall, if it really was.

The study of the Kelasur wall can be used not only for archaeological purposes, Kaitan is sure. In his opinion, it can become an impetus for the development of tourism in this part of Abkhazia.

It will be possible to make unambiguous conclusions about the dating of the construction of the wall, its purpose or exact extent only after the completion of the entire scientific project, the historian added.

The first stage of research will continue until 2020, after which excavations will begin on the wall. 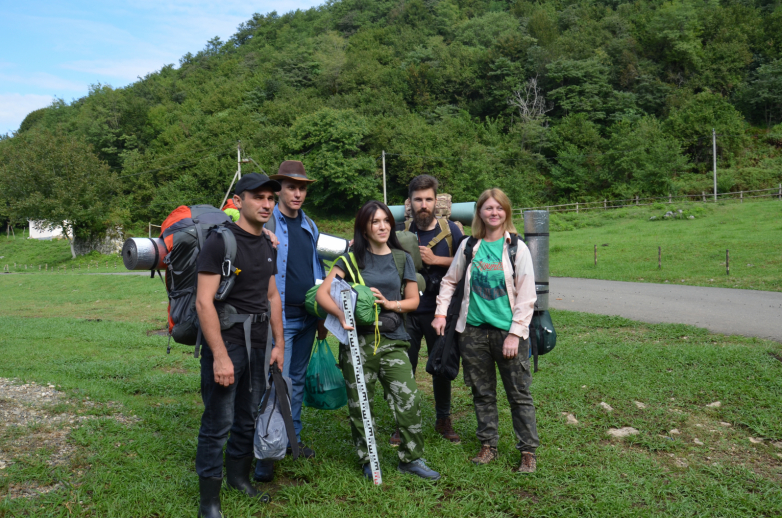 Project participants: Sandor Kaitan and Dmitry Avidzba - junior research associates of the archeology department of AbIGI, Elida Berulava - artist, Dmitry Schastniy - employee of the Abkhaz State Museum and the Museum of Battle Glory named after V.G. Ardzinba, Zhuravleva Inna - historian, guide
© From the archive of the initiative group of the project “Secrets of the Great Abkhaz Wall”
History Abkhazia
To leave a comment you need
to login or register.
Share
No comments