Two people apply for the position of the Coordinator of Local branches and youth activity of the World Abaza Congress. They began work within their probation period.

As a result of the competition for the vacant position of the Coordinator of Local branches and youth activity of the WAC, two candidates were selected. For three months, two young people will perform duties similar to those of the future Coordinator, after which the leadership of the WAC will make the final choice.

The finalists of the competition were finally selected after an interview with the Chairman of the WAC SC, Mussa Ekzekov. He noted that the team of the Congress is actively working to solve the key tasks of the Abkhaz-Abaza people: strengthening ethnocultural unity, preserving and developing the native language, traditions and culture both in Abkhazia and Karachay-Cherkessia, and in the countries of compact residence of the Diaspora. After a long break due to the pandemic restrictions, the Congress is ahead of even more intense activity. In this regard, it became necessary to recruit new employees to increase the pace of implementation of the tasks facing the WAC team.

"For this, we held a competition to identify the most suitable employee for our work. We have wonderful youth: educated, active and, most importantly, sincerely loving their people and country," Ekzekov said.

The Executive Secretary of the WAC, Inar Gitsba, said that a total of 30 people took part in the competition.

"All candidates were sufficiently educated, motivated, combined both personal positive qualities and professional skills in various fields, many speak different foreign languages. However, the most important, in my opinion, is that they were not indifferent. Therefore, it was not easy to choose," Gitsba summed up.

The current tasks that the candidates will have to solve over the next three months are, first of all, the implementation of projects together with the assets of the existing local branches of the WAC and the organization of the opening of new branches in the territory of Abkhazia. 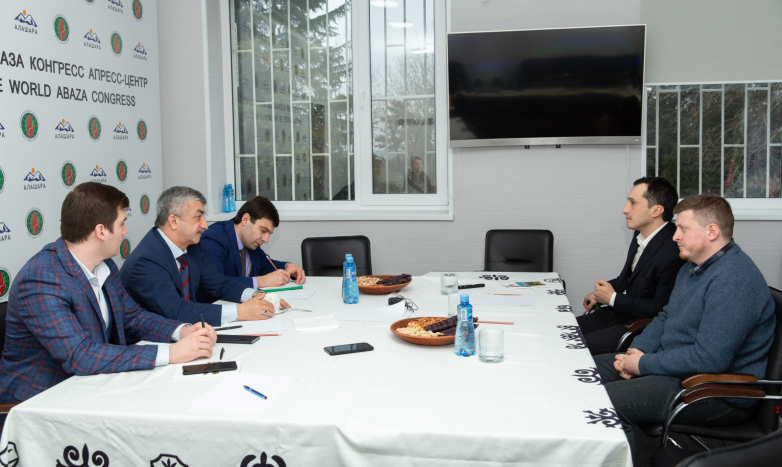 • monitor the work of Local branches and inter-district interaction of the LB for the effective and timely implementation of the Work Plan.

• ensure the economic efficiency of building an algorithm for the implementation of projects and events organized by the LB within the framework of the Work Plan, to introduce into the practice of the LB advanced, effective methods of developing measures and implementing projects.

• participate in the preparation of documentation necessary for the implementation of each project and event initiated and carried out by the WAC LB, check this documentation, keep records and control the transfer to the WAC Central Office.

• carry out reporting within the entrusted competence (including preparing various kinds of reports and presentations at the request of the management).

• take part in the preparation and direct holding of the annual Cultural and Sports Festival "Abaza".

• promptly notify the head and employees of the WAC Information portal about the upcoming implementation of programs / projects within the framework of the work of the LB.