Maryana Karmova, the author of popular channels in social networks on the history of the Abaza people, with the help of the WAC, realized the idea of recording an audiobook in the Abaza language.

The author of the popular Instagram and VKontakte public on "Abaza history", a member of the Regional Council of the WAC in Moscow, Maryana Karmova, with the support of the World Abaza Congress, implemented a project to record an audiobook in the Abaza language. Bemurza Tkhaitsukhov's historical novel "A Handful of Earth", which tells about the resettlement of Abaza to the Ottoman Empire during the October Revolution in Russia at the beginning of the 20th century, became an audiobook.

The author of the project said that the idea to record an audiobook came to her back in 2018. At that time, Maryana was looking for audio material in the Abaza language for children so that one can listen to it with children before bedtime.

"I was looking for something like fairy tales, stories. However, I discovered that there were no audio materials in the Abaza language for either children or adults. There is something like language courses on the Alashara website," she said.

It was the fact that there were no audio stories in the Abaza language online that made Maryana Karmov to start the book recording project.

According to the blogger, while promoting the language in the era of globalization, it is important to understand that its sound should be presented in social media. However, such material in Abaza, according to her, was simply not created.

"I spoke with the headmaster of a school in my native village of Starokuvinsk (village in the Karachay-Cherkess Republic – ed.) Amra Kilba. The school headmaster said that all available materials are presented in printed form. Then there was no doubt that it was necessary to implement this project," explained the author of the project. 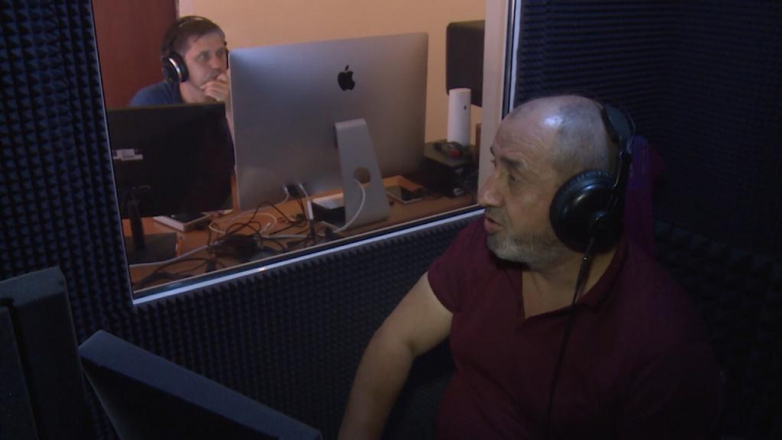 The audiobook was voiced by the actor and director of the Abaza theater, Honored Worker of Culture of the KChR Amir Bidzhev, the musician Aslanbek Khavtsev was in charge of technical support.

Maryana Karmova shared that "she did not receive a single negative response" after the project was released. According to her, the book is very popular among listeners. School headmasters have already contacted Karmova, who said that they would use fragments of the audiobook in lessons on the study of the Abaza language.

The author of the project expressed gratitude to the WAC for the financial assistance and personally to the Chairman of the Supreme Council Mussa Ekzekov and Chief of staff Kan Tania.

"Thanks a lot to Mussa Khabalevich, thanks to him all these projects are taking place, and I [as the author of a thematic blog] move towards the goal of popularizing the Abaza language as a whole. Thanks to Kan Tania, who is always ready to listen and understand the relevance of projects and, if they are really relevant, to provide assistance," said Maryana Karmova.

The Chief of the WAC staff Kan Tania, in turn, recalled that the head of the Congress Mussa Ekzekov has been investing significant financial resources in the implementation of projects aimed at preserving and developing the culture and traditions of the Abkhaz-Abaza people for more than eight years. 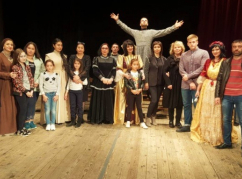 "As time passed, we came to the conclusion that it is necessary to involve more people in writing project drafts with the involvement of experts, thereby enabling all active people to realize their potential. So in 2018, the WAC discussion club appeared, which is an expert platform not only for discussing issues, but also for implementing ideas and projects aimed at preserving and developing the native language, literature, culture, environmental protection and support for young scholars," said Tania.

He added that Mussa Ekzekov set the task of creating a historical and cultural audiovisual heritage of the Abaza people, given the scarce availability of relevant content in these areas. This is how the successful project "Amazara" and the program for the preservation and development of the Abkhaz-Abaza (Abaza) language, history and literature until 2026 appeared.

"The WAC Discussion club also began to work in this direction. The first realized idea, with the careful coordination of Maryana Karmova, was the project of an audiobook in the Abaza language. We believe that, in addition to preserving and passing on knowledge to future generations, audiobooks contribute to the development of the native language. This is only a small part of the ideology that the Chairman of the Supreme Council of the WAC Mussa Ekzekov conveys to us and makes it possible to translate into reality," concluded Kan Tania.

You can listen to the book "A Handful of Earth" by Bemurza Tkhaitsukhov in the Abaza language on our WAC information portal (at the end of this article), as well as through the link from the "Abaza History" public on the VKontakte social network. The audiobook will be available on YouTube very soon.