The WAC increased the number of regional branches by creating a new branch of the Congress in the UK.

The regional branch of the World Abaza Congress is opened in London, the capital of Great Britain on behalf of the Chairman of the Supreme Council of the WAC Mussa Ekzekov. This was announced by Viacheslav Chirikba, a member of the Supreme Council of the WAC, who, as part of a working visit to the United Kingdom, met with representatives of the Abkhaz-Abaza Diaspora in London on Saturday, December 7. 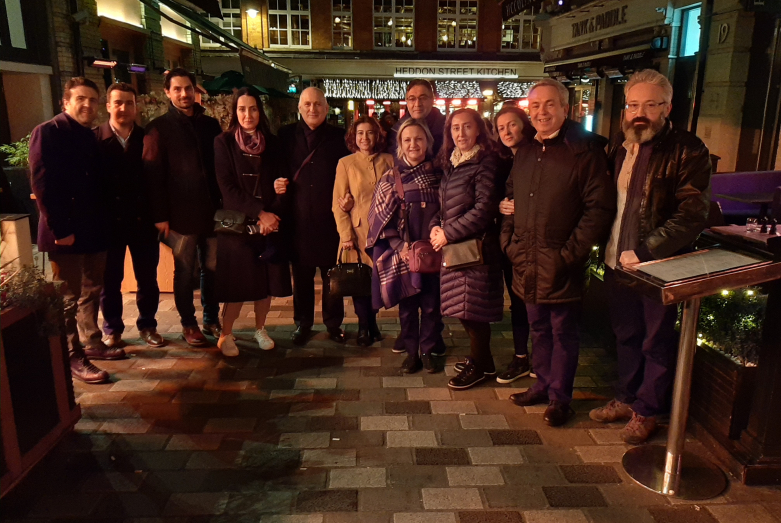 According to Chirikba, about 15 representatives of the Abkhaz-Abaza Diaspora attended the meeting.

“We talked about the activities of the regional branch of the WAC in London, about educating young people in the spirit of love for the historical Motherland and native culture, about the need for closer cooperation between the cultural and educational institutions of Abkhazia and the Diaspora, about the work and plans of the new staff of the WAC,” said Viacheslav Chirikba.

The member of the Supreme Council of the WAC said that all participants had traditionally been offered applications for joining the Congress. Chirikba also said at the meeting that the applications  can be filled in later in electronic form on the official web information portal of the WAC.

He noted that the meeting was held “in a warm, fraternal atmosphere.”

“The conversation took place in Abkhaz and English.  Questions were asked about the political and socio-economic situation in Abkhazia, about the activities of the WAC, about the work of structures responsible for relations with the Diaspora.  The importance of holding regular meetings of communities in the Diaspora with representatives of Abkhazia and the WAC was emphasized,” said the member of the WAC.

Viacheslav Chirikba is in the UK on a scheduled working visit.  In the near future, similar meetings are planned with representatives of the Abkhaz-Abaza Diaspora in the Netherlands and Germany.

The WAC office in London was the eighth of the open regional offices.  The regional branches of the Congress in Abkhazia, Kabardino-Balkaria, Karachay-Cherkessia, Turkey, Stavropol, Moscow and St. Petersburg have already been created and are operating.  Work is ongoing on the establishment of regional offices in Jordan and Egypt.  In the near future, it is planned to open regional branches in Germany, Belgium, Holland, Syria and other countries of residence of the Abkhaz-Abazin Diaspora.