A doctor from Cherkessk Rosa Chikatueva: I can’t imagine life without work

December 1 marks the anniversary of Honored Worker of Healthcare of the Karachay-Cherkess Republic, doctor Rosa Chikatueva. The WAC web info portal prepared an essay on her life and professional activities.

Honored Worker of Healthcare of the Karachay-Cherkess Republic, Honored Doctor of the Russian Federation, Head of the Center for Hygiene and Epidemiology of the City of Cherkessk. All this is about Dr. Rosa Chikatueva. And in the workbook of Rosa Umarovna there is one single entry: "Admitted to the sanitary-epidemiological station of the city of Cherkessk as head of the sanitary department".

The medical institution, which became her family for many years, has repeatedly changed its name, status and activity - and the doctor worked and continues to work here for 40 years.
Acquaintance

When Rosa Umarovna and I got in touch over the phone and I informed her of my intention to write about her professional activity, there was a pause on the other end of the line for a moment. The doctor was somewhat embarrassed, explaining that she feels uneasy when she is talked about. But because she knew that the material is being prepared for the WAC web information portal, on the contrary, she expressed a strong desire to share episodes from life, her experience and attitude.

Our conversation began in her spacious office, furnished very modestly, without excesses. There are no, as often happens with managers, wall letters of appreciation and awards, portraits.
"Everything is sterile, as it should be at doctor’s place ..." - a thought flashed through me.
We spoke in Abaza. Rosa Umarovna is fluent in it, but her speech captures a small accent, which is not typical of Abaza. The explanation for this I received immediately: "I only came home in 1978 ..."

The fate of her parents was both tragic and happy. Her father - Umar Ibragimovich Urchukov, a native of the Loovsky-Zelenchuk village (today the village of Inzhich-Chukun of the Abaza region — ed.) and mother — Sakyanat Khutovna Lova, a native of the village of Kumsko-Loovsky (today the village of Krasny Vostok - ed.). They say that they are the "salt of the earth", the honor and conscience of the people; one can dedicate "stories about real people" to them. A terrible machine of Stalin’s repressions passed through their families and they ended up in the steppes of Uzbekistan.

In 1936, they, dispossessed and deprived, like many others, were transported in freight cars and assigned to a settlement in Syrdarya region, Bayaut district, Bayaut-3. Many of the repressed died of hunger and disease on the way, and the rest hoped for salvation and at least some life in uncharted lands.

The hard years of overwork and hardship in foreign lands were a torture. The diligence and the spirit of the elders, who tried to rally the youth without letting them despair, saved them. In the settlement there were representatives of different nationalities - there were Circassians and Karachays, and many others. Despite the difficulties, everyone tried to stick together and help each other. The Abaza purposefully constantly spoke their native language - so that children would not forget. At the same time, many began to understand the Uzbek language already, learn and speak it. They tried to somehow improve their lives. It is about human nature to adapt to any difficulties, if one is physically and spiritually strong.

Over time, the settlers began to demonstrate unprecedented results of work, organization and bold initiatives. Life gradually settled down, small and big joys came. New families began to form, among which were Rosa's parents. The young ones looked at each other and did not hesitate with the wedding, despite some "princely whims and persuasions" of the Loovs, Rosa’s relatives. But Umar-aka Urchukov, as the local Uzbeks respectfully called him, a strong, purposeful guy, a forerunner of production, who achieves unprecedented records in agriculture, still "won" and married his chosen one. Later they had children: four sons and the only daughter — our heroine, Rosa Umarovna Chikatueva.

"Despite the many difficulties of living in relocation, my childhood and youth were happy and memorable," recalls Rosa Umarovna. "I had four older brothers who cared for me and cherished me, protected me from all kinds of misfortunes."

Strangely enough, in the settlement of Bayaut-3 there was an excellent school where qualified, dedicated Russian teachers taught. Parents urgently demanded good results from all children, did everything possible so that all five learned to read and write. As a result, they all subsequently graduated from universities: Muhammad and Muhadin in the field of agriculture, Muharbi in the field of construction. The fourth brother Muhab, unfortunately, died young. 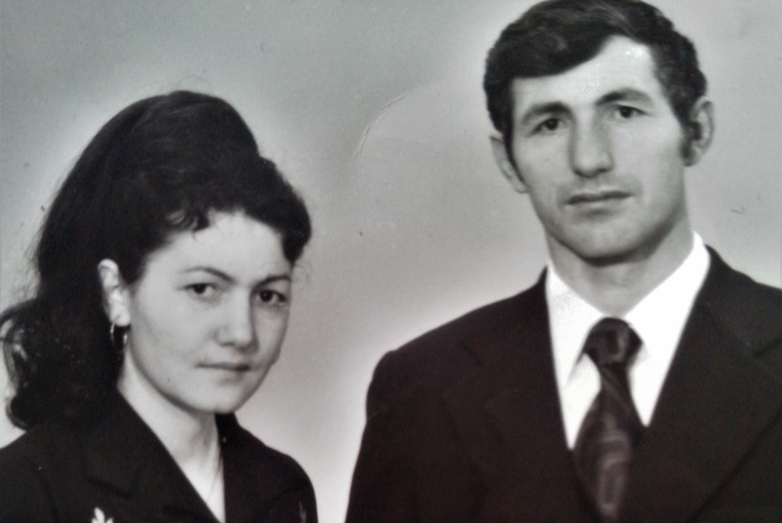 "And our heroine?" - the reader may ask. At the urgent request of the mother, who dreamed that her only daughter became a doctor, Rosa decided to enter the Tashkent Medical Institute. A modest, shy, but very sweet and lively Abaza girl with a good knowledge of Russian immediately attracted the attention of teachers and students of the institute.

"We lived with a friend of mine – a German girl Lida Boxberger - together in a dorm room. Brother Muharbi immediately worried about this and visited me almost every day and took care of all organizational matters, Rosa Umarovna recalls. "I didn’t have any other interests and goals at that time, except to study well in order to receive a scholarship and not be a burden to my relatives, and I did it ..."

Due to the fact that life in the settlement was successfully arranged, and all the children of Umar Ibrahimovic and Sakyanat Khutovna studied in Tashkent, the family decided not to return to their homeland after the expiration of the sentence. They will go there later. In the meantime, Umar Urchukov, after many years, traveled home only once, in order to pick up his sister Guacha with children: she was left a widow after World War II.

Strong, united family of Urchukovs was admired by everyone around, noting the courage and diligence of the host, his strong, unshakable character, devotion to the traditions and foundations of the ancestors.

In 1978, Roza Umarovna successfully graduated from the Tashkent Medical Institute and was sent to work by assignment to the Syrdarya sanitary-epidemiological station for one year. Two years before, Rosa’s parents decided to return to their homeland and settled in the village of Psyzh near the city of Cherkessk. 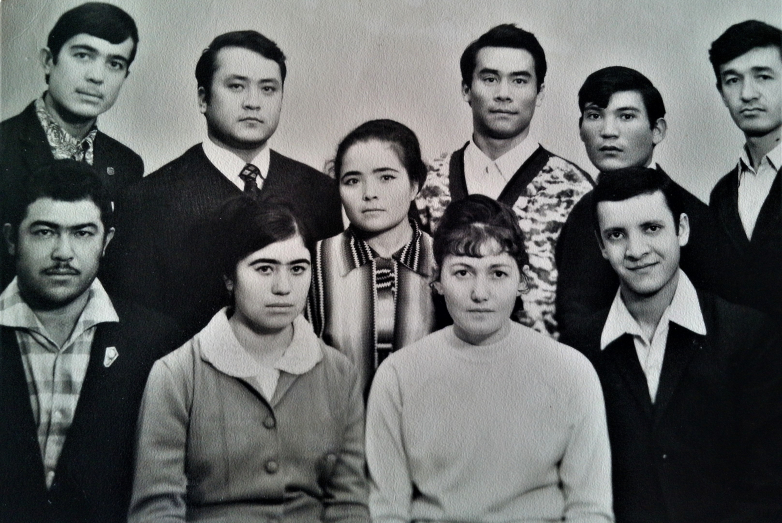 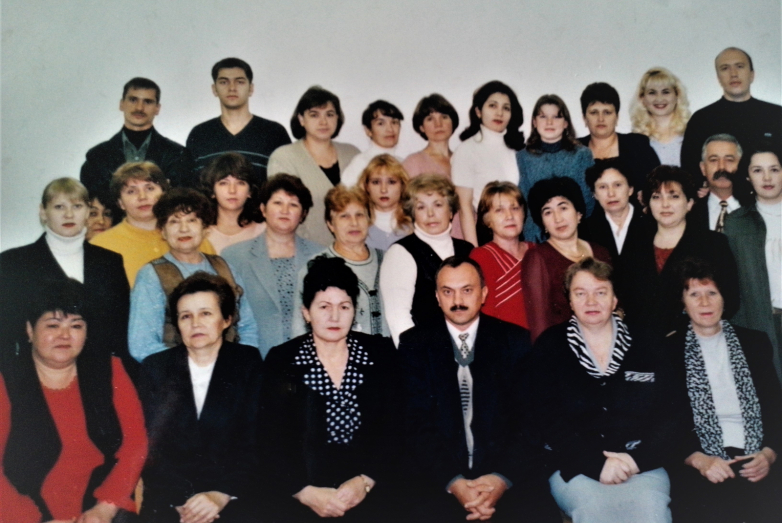 In the same 1978, Rosa Umarovna arrived on vacation with her relatives in her native Abazashta. "I was immediately struck by the natural beauties of my native land, buildings and way of life; people who were so attentive and friendly to me did not cease to amaze," Rosa recalls her first impressions of the homeland. Pretty quickly, she got used to her neighbors, numerous relatives and fellow villagers, who were always excited about their life in a foreign land, and made plans for the future. And there was no end to the suitors who were trying to get the daughter of Umar and Sakyanat.

"There was a feeling that I became the center of attention of all people around me," smiles Rosa Umarovna.

In the meantime, the vacation was coming to an end, and it was necessary to return to the old job in Uzbekistan. Then brother Muharbi advised her to get a similar job in Cherkessk, closer to her parents.

40 years in the same place

So Rosa Umarovna arrived forever and found herself in a place where she worked for 40 years and still serves today. She very warmly recalls her faithful and experienced mentor, the head physician of the city's sanitary and epidemiological station Alexander Dmitrievich Korchemkin, who immediately appreciated her business qualities and performance, suggesting the position of head of the sanitary department along with her duties as deputy chief physician. She appreciated his trust and tried not let him down, followed all the instructions and diligently carried out all the orders. Subsequently, for many years they remained close and good comrades, and it was Korchemkin who, according to Rosa Chikatueva, gave her a start in life and in her profession.

The institution's activities were extensive: the organization of the state registration of infectious and occupational diseases, mass non-communicable diseases (poisoning) caused by the harmful effects of the environment, statistical observations in the field of ensuring the sanitary and epidemiological well-being of the population, in the field of consumer protection, data bank and etc.

In 2005, Rosa Umarovna Chikatueva was appointed head of the Center for Hygiene and Epidemiology in Cherkessk.

In addition to her successful professional activity, Rosa Umarovna coped with social workloads. She was twice elected a deputy to the Cherkess city municipality. She held the position of secretary of the permanent commission on social issues in the Council of Deputies and initiated a number of measures to improve health care and sanitary and epidemiological supervision in the city, to provide assistance to the poor, socially unprotected and the disabled. With her help, more than 200 questions and voter appeals were reviewed and resolved.

"For me it has always been important that I am, first of all, a doctor. I realized my responsibility to people and colleagues, tried to follow my vocation. I did everything so that work brought me joy, satisfaction, I could not imagine life without it," says Rosa Umarovna.

Subordinates and colleagues always speak of their head with great warmth. Everyone respects Rosa Umarovna, and she is a good friend and cheerful companion. 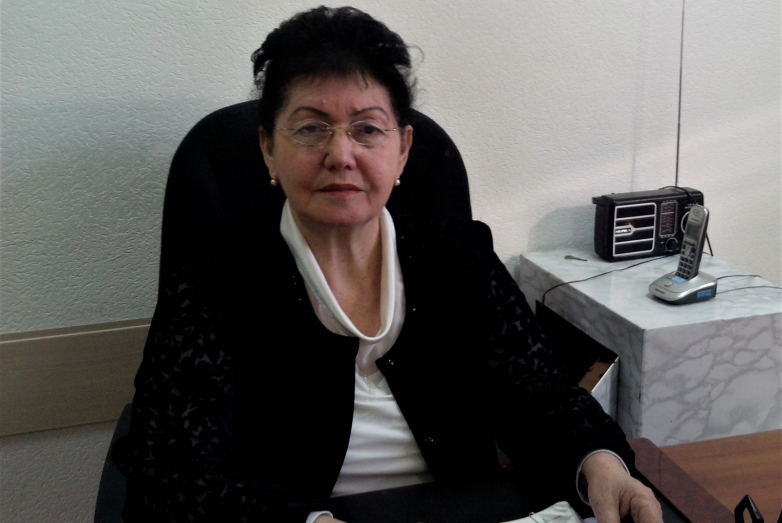 However all the numerous regalia and achievements of Dr. Rosa Umarovna Chikatueva could not give the fullness of life that she has thanks to her family - a safe, strong and safe haven!
From close friends of childhood, only brother Muharbi Urchukov survived, having achieved considerable professional success. He is known and appreciated not only in the Karachay-Cherkess Republic, but also far beyond its borders. At various times he worked as head of construction companies, director of a house-building factory and deputy chairman of the Government of the Karachay-Cherkess Republic. He now lives and works in Moscow. He is still very close with Rosa Umarovna.

Of course, next to her are those without whom she cannot imagine her life. First of all, her dear spouse Ramazan Chikatuev, who once managed to win the heart of a young beauty doctor and became her husband and support in life. Ramazan is a very versatile person; he always works hard, for many years he worked as the chief agronomist of the Yubileiny state farm, a large one in the republic. His family home with all the household and cattle is a clear confirmation that the Chikatuev’s house is a full bowl.

The family of the only son Renat is also going to visit Rosa Umarovna on the anniversary: he himself, the daughter-in-law - Narsana - and the grandson, whom they named Umar in honor of his great-grandfather.

Together with them we wish our heroine professional success, happiness and all the best! 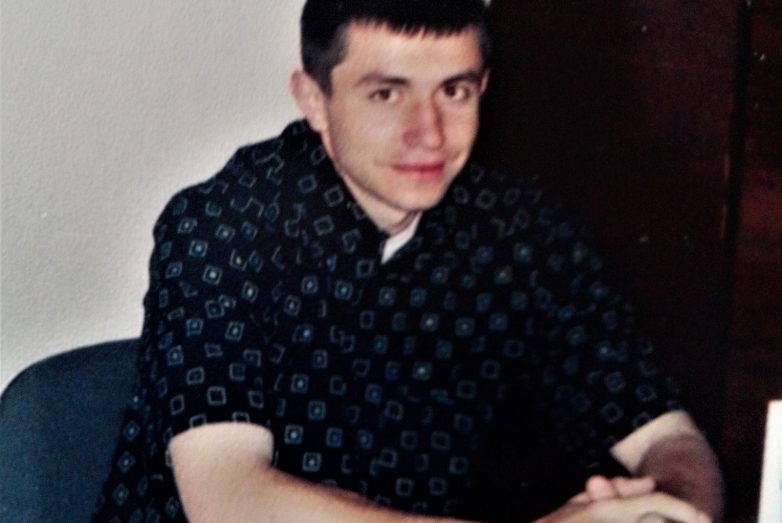 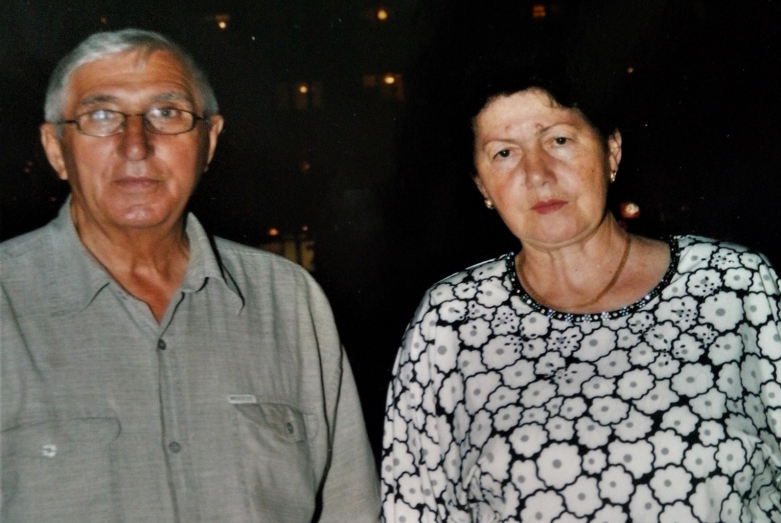 Rosa with husband Ramazan Chikatuev and grandson Umar
© From the personal archive of Rosa Chikatueva
Personalities Rosa Chikatueva
To leave a comment you need
to login or register.
Share
No comments