Abkhaz sage: in memory of the philosopher Murat Yagan

Murat Yagan, a philosopher and publicist of Abkhaz origin, was born on December 16, 1915. Today he would have turned 104.

He is called a sage and a prophet, a great Abkhaz and planetary man. Murat Yagan still has many followers around the world, and in his historical homeland, in Abkhazia, his contribution to the promotion of the historical spiritual heritage of the Abkhaz during his lifetime was appreciated by the country's highest award - the I Degree Order of “Akhdz-Apsha” (Honor and Glory). 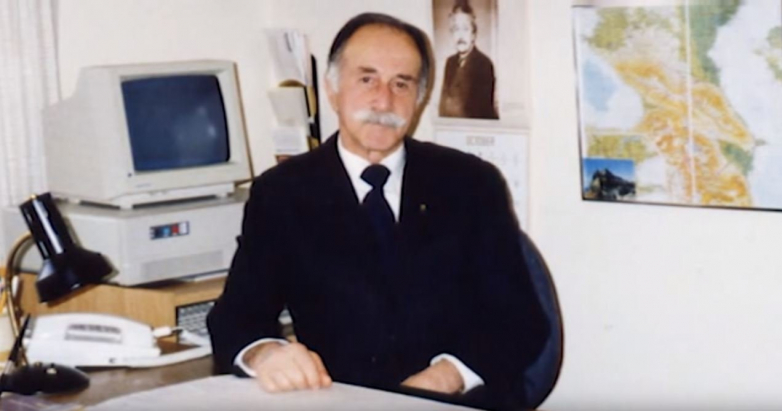 Murat Yagan
© From the personal archive of Murat Yagan

The main thing that Murat Yagan is known to the Fatherland and the whole world is that he formulated and described the spiritual teachings of Ahmsta Kebzeh, based on the ancient cultural tradition of the highlanders of the Western Caucasus: Abkhaz, Abaza, Circassians and Ubykhs. This teaching is also called “Caucasian yoga” in the world.

Longevity and health, which, as is well known, the Caucasians are known for, Yagan linked precisely with the spiritual teaching, which occupied a very important place in their life. 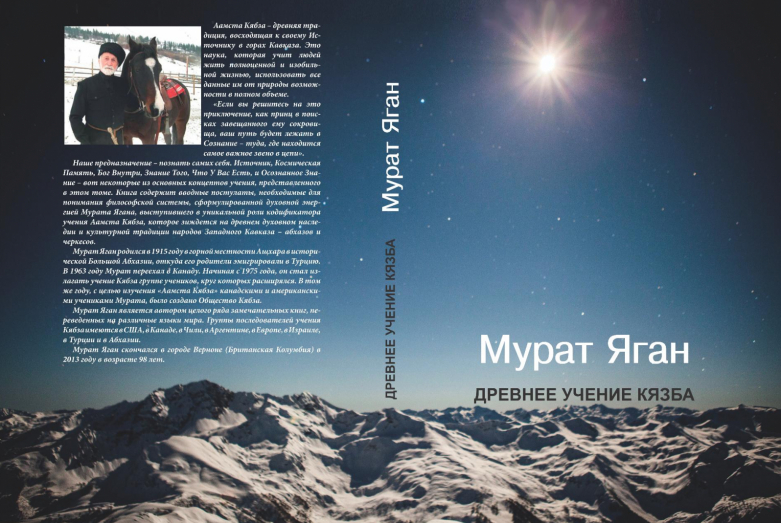 Until recently, the traditions of Ahmsta Kebzeh were preserved for the most part in the highlands of the Caucasus and began to fade at the beginning of the 20th century as a result of Russian expansion in these lands, writes Murat Yagan in his work “Ancient teaching of Kebzeh. Fundamentals of Caucasian sufism.”

The word “Aamsta” is translated from the Abkhaz language as “aristocratic”. “Kebzeh” means custom, tradition. That is, Ahmsta Kebzeh is a “tradition of noble people”, representatives of the elite who are able to fully realize their natural abilities and use them in everyday life. A person can reach the highest physical and spiritual level only because of special physical and mental exercises.

“You are nothing but a reflection of God, or Essence. On earth, you are embodied in a body shell that serves as a vehicle for you. Unfortunately, we are firmly attached to our carriers. When we see ourselves in a photograph or notice our reflection in a mirror, we feel this attachment. However, if you wish, you can learn to weaken it. If you truly become yourself, you can be transported to any point between you and your true being. This is the goal that those who wish to master our teaching pursue,” Yagan wrote.

Murat Yagan has always emphasized that Ahmsta Kebzeh is not a religion, but the art of life, when a person realizes all the abilities laid down in him in their application to life.

One of the most famous followers of the philosopher, the president of the Caucasian Yoga Association, Zaur Jane described the doctrine as follows: “Ahmsta Kebzeh is a process of awakening and developing the hidden abilities of a person with divine grace and help. When a person practices this discipline, understands it and moves forward stage by stage, he becomes a holistic person who has revealed his potential.”

Who came from behind the mountains of the Caucasus

Murat Yagan was born in the Caucasus, in the village of Ashkhara, which he refers to the historical Greater Abkhazia. When he was three years old, his family, belonging to the ancient princely family of Maan, along with thousands of other Abkhaz families emigrated from Abkhazia to the Ottoman Empire.

“My family left the Caucasus because they were as stupid as the rest of the Abkhaz who left their homeland,” Yagan wrote in his autobiography “I came from behind the mountains of the Caucasus.”

In Turkey, Yagan received a good education. In adolescence, Abkhaz and Circassian elders spiritually and physically educated Murat. They brought him up in the spirit of the ancient Abkhaz-Adyg knightly tradition. 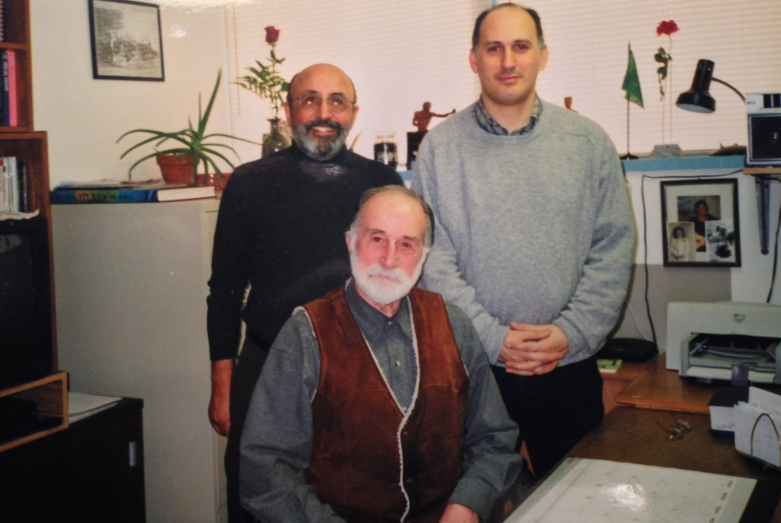 “I was raised as a real warrior. In order to strengthen the muscles of my hands, I had to exercise clay daily,” he wrote. Then he described in detail how, from the point of view of his teachers, the perfection of his body took place: “When you practice clay from day to day, the fingernails gradually peel off until there is nothing left of them. Then new ones grow - thick, strong and ugly in appearance. After three or four months, these nails become completely different, very shiny and beautiful, as if carved from marble. A person who has practiced clay for a long time can be distinguished by his hands. Unfortunately, the more beautiful these hands are, the more dangerous they are, like a snake. With these hands, you can open the skull and pierce through the chest. In between exercises with clay, I had to perform other tasks. I had to run, to hang on the bar for as long as possible - first on both hands, then on each in turn, then on the feet and on my knees. After all this, I had to go to the steam room and then dive into the ice pool,” said Murat Yagan.

Young Murat Yagan was passionate about horse riding. In his autobiography, the philosopher talks about his participation in the composition of the Turkish national team in major international tournaments. He also took part in the Olympic Games in Berlin in 1936.

In 1963, Murat Yagan, who at that time was already 48 years old, moved from Turkey to Canada with his wife Maisie and four children. The family settled on the Pacific Ocean, in the city of Vernon in the province of British Columbia.

Maisie and Murat Yagan
© From the personal archive of Murat Yagan
Murat Yagan with his wife Maisie on the 60th wedding anniversary
© kebzeh.org

“What is the mystery of this jerk into the unknown? Let's not rack our brains. Often, thinking people, seeking a way out of the spiritual impasse, tried to rewrite their lives anew,” the writer Fazil Iskander reflected on the fate of Murat Yagan.

In Canada, Murat Yagan earned his living working as a builder until his retirement. In 1975, Yagan, together with Canadian and American students, founded the Kebzeh community, where he preached the foundations of ancient Caucasian teachings.

Holder of the highest award of Abkhazia

Although Yagan considered himself a cosmopolitan, Abkhazia occupied a special place in his heart. He always carefully watched the fate of his historical homeland. For many years, Murat Yagan was in correspondence with the first President of Abkhazia, Vladislav Ardzinba, and during the Patriotic War of the people of Abkhazia in 1992-1993, he addressed the international organizations with an appeal to stop the war.

He admitted more than once that he had been striving to return to Abkhazia all his life, and he did not feel at real home, wherever he lived. 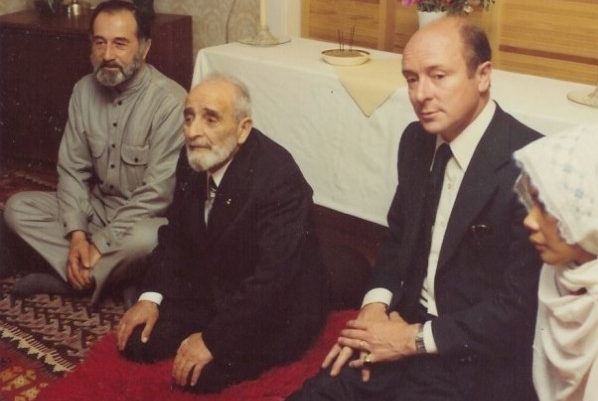 From left to right Murat Yagan, Suleiman Dede and Reshad Feild
© From the personal archive of Zaur Jane

The dream to get home was fulfilled in 2001. He, along with his wife Maisie, also an Abkhaz from the Gogua family, arrived in the Republic.

In Abkhazia he was met in a big way. Politicians, public and cultural figures sought to meet with him, to speak with the Abkhaz sage. Moreover, by decree of Vladislav Ardzinba, Murat Yagan was awarded the highest state award - the I Degree Order of “Akhdz-Apsha” for the popularization of the spiritual heritage of the Abkhaz and Circassians.

“I am infinitely happy and confident that a bright future awaits us. I hope that all our dreams will become a reality,” Yagan said at the award ceremony at the Abkhaz State Drama Theater.

Murat Yagan, despite the distance, always supported his people. One of his last letters addressed to the Abkhaz was a congratulation on the day of the victory of the people of Abkhazia in the Patriotic War.

“We, the Kebzeh community, although we are distant from you by a considerable distance, are with you, with our hearts and souls. We appreciate your devoted service to the country with the aim of ensuring lasting peace and international respect for Abkhazia.

We also express our respect to your colleagues and to all our brothers and sisters who continue to faithfully serve the Motherland. In our memory will forever remain those who gave the most precious thing - their lives - to the service of the Motherland, ensuring that great Victory that we celebrate today,” wrote Yagan in 2013.

Under the influence of Murat Yagan’s book “I came from the mountains of the Caucasus”, the famous Canadian singer Lorina Mackennit composed the song “Night ride across the Caucasus”.  The song is used in the 1998 movie “Soldier”.

“In the annotation to this song, she notes the similarity in the role that horseback riding training plays in spiritual education in the Celtic and Abkhaz traditions,” writes scholar Viacheslav Chirikba in the essay “Abkhaz sage from Vernon.” 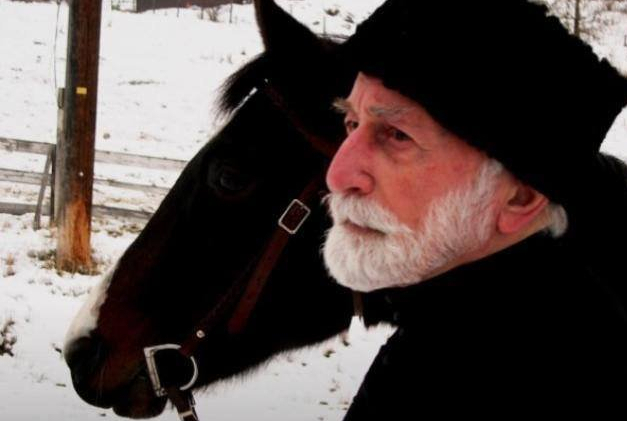 Murat Yagan
© From the personal archive of Murat Yagan

Murat Yagan passed away on December 19, 2013 in Canada at the age of 98. During his lifetime, he said: “I will be more alive without a body than with a body.” According to his desire, he does not have a grave. Murat Yagan also did not want to have any memorial sign in his memory. The only important trace that he could leave on this earth, he considered memory and love in the hearts of people.