Tatlustan Tabulov is rightfully considered to be the founder of Abaza literature.  But if we talk about its formation, development and prosperity, here, of course, the figure of Khamid Zhirov makes the top level. And not only because he became the author of the first original narratives, novels, plays, and memoirs, published in the Abaza language.  He can be called the father of that remarkable pleiad of national writers and poets, with whose names the brightest period in the development of Abaza written literature is associated.

“Today we don’t have a single journalist, not a single famous poet, who didn’t go through Khamid Zhirov’s school, didn’t hear his good instructions, wasn’t warmed him with warmth,” wrote one of his “sons”, Bemurza Tkhaytsukhov. 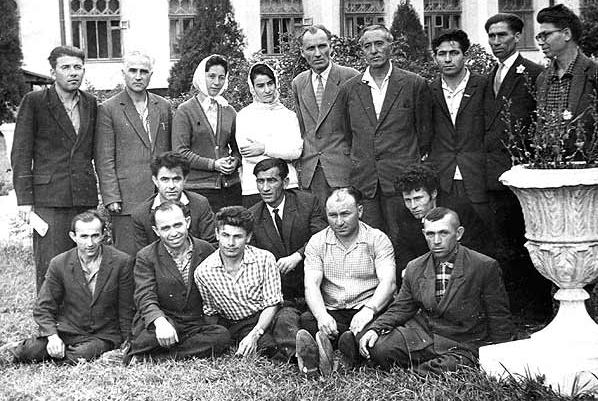 Khamid Dautovich Zhirov was born on July 25, 1912 in the village of Staro-Kuvinsk.  From an early age, he showed great desire for knowledge, he studied the Arabic language from a resident of the village Ali Kotsby.  He studied well, tutored other students.  At the beginning of the 1930s, he was introduced to Tatlustan Tabulov, who was touring the village with the inspection, and told that Khamid translated from the Circassian language to the Abaza the story “Халид тхIамышвкIьа” (translated from Abaza “Poor Khalid” - ed.)  and wrote it on a self-made alphabet. 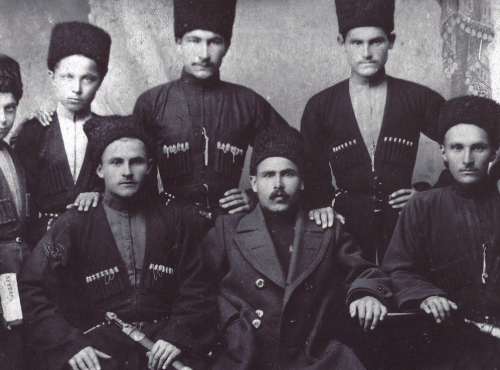 At the same time, Tabulov told young Zhirov that Abaza would soon have a written language, and gave him a notebook with the already developed, but not yet approved, Abaza alphabet in the Latin script - to rewrite.  When literacy training was organized in the village, Khamid Zhirov was also involved in this work, as there were not enough teachers.  All this testifies to the extraordinary abilities that Khamid Zhirov showed from a young age.

After working for two years as a public shepherd, and then for seven years on a collective farm, Khamid Zhirov entered martialization courses in March 1937 (courses for training managers, business executives and intelligentsia among indigenous nationalities in the republics of the USSR, organized as part of stimulation of national languages ​​and national elites - ed.), and already on December 25 of that year, he was appointed chairman of the Circassian Regional Committee (Regional Committee - ed.) of the trade union of state provisions.  On June 1, 1938, he was accepted into the office of the Abaza newspaper as the head of the agricultural department.  Working there, in 1940 he graduated from the Circassian Pedagogical School.

Inclusion in the literary process

Khamid Zhirov prepared his first newspaper publication in his native Staro-Kuvinsk, writing a note about a successful collective farm brigade.

The whole life of Khamid Zhirov from that moment is devoted to Abaza journalism and literature.

The editorial office of the newspaper “Cherkess Kyapsh” (translated from Abaza “Red Cherkessia” - ed.) in those years was the center around which the national literary intelligentsia was formed. Once in the circle of the first Abaza poets and journalists, Khamid became involved in the literary process. 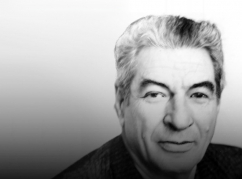 Uncompromising critic and kind-hearted man: to the birthday of Vladimir Tugov

His first story, “Likhiv” (the story is named after the hero - ed.) was published in three issues of the newspaper in late September - early October 1940, and a month later, there appeared his story “What Akhmed had to endure.”

The first literary works of Khamid Zhirov, as noted by the well-known Abaza literary critic Vladimir Tugov, were either literary-processed folklore texts or short stories written on the basis of legends and fairy tales.  According to the scholar, “an appeal to folklore enriched the language of the author, opened for him the national identity of Abaza thinking, gave an idea of ​​their moral and aesthetic norms and moral ideals.”

In November of the same year, Zhirov replaced the editor-in-chief of the newspaper, and ten of its issues were signed by him.  This is a testament to both respect for his work and confidence in him.

However, the creative work, which Zhirov so actively became interested in, was interrupted by the Great Patriotic War.

Khamid Zhirov (third from the left) in the editorial office of the Abaza newspaper, 1941
© From the Zhirovs’ family archive

Khamid Zhirov was summoned to the front on July 8, 1941 and ended up in the 2nd Guards Cavalry Corps commanded by the legendary General Dovator (Major General, Hero of the Soviet Union Lev Mikhailovich Dovator - ed.).  Zhirov served as a swordsman in the 74th cavalry regiment of the 4th division, fought on the Western front, from February 1942 he was transferred by the Red Army to a separate platoon of the special department of the NKVD (the People’s Commissariat of Internal Affairs - ed.) of the 2nd Guards Cavalry Corps.

“He participated in the August 1941 raid to the enemy's rear and personally killed one German, moreover, with a group of fighters, he took captive a soldier having information, <...> established himself as a disciplined fighter and actively participating in public life,” characterizes him in January 1943, the head of the special section of the guard corps, senior lieutenant of state security Pavel Filon. 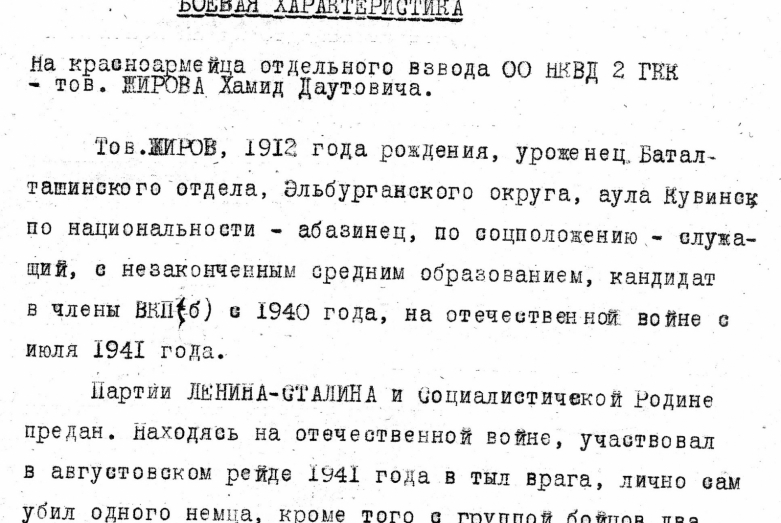 Combat characteristics of Khamid Zhirov, 1943
© From the Zhirovs’ family archive

Zhirov was also the editor of the combat sheet: thus, his journalistic skills turned out to be in demand at the front too.

In May 1944, Khamid Zhirov was sent to study at the Novocherkassk Cavalry School, which at that time was stationed in the city of Podolsk, Moscow Region.  There he studied until October 1945, after which he was transferred to the reserve.

The participation of Zhirov in the hostilities was noted by the medals “For Courage” and “For the Defense of Moscow”. 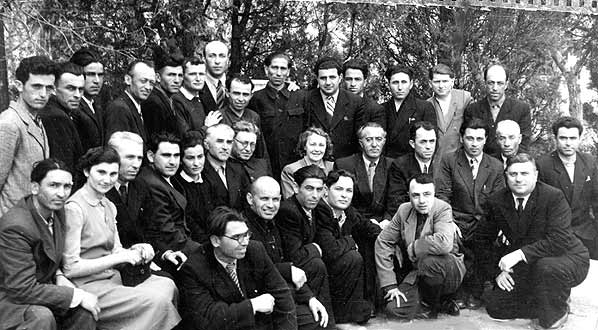 Participants of the congress of workers and rural correspondents, Khamid Zhirov in the second row, fifth from the right
© From the Zhirovs’ family archive

Upon returning home, Khamid begins working as the editor of the “Cherkess Kyapsh” newspaper, whose publication was interrupted in August 1942.  Who, if not Zhirov, could be charged with the resumption of its release!  He had to revive the newspaper almost alone: ​​out of 19 pioneers of Abaza literature and journalism who went to the front, 8 people died, and the rest either remained in the army or, returning to peaceful life, changed their scope of activity.  However, in November 1945, readers received the first post-war issue of their own newspaper.

In a short time, the editor of the newspaper managed to form a new composition of journalists, the backbone of which was the former front-line soldiers.  They had to be taught a new profession for them, and Khamid Zhirov did it persistently and with great desire.  At the same time, he himself raised the level of his education.  In 1954, he graduated from the Military Training Courses at the Higher Party School (HPS) under the Central Committee of the CPSU (Central Committee of the Communist Party of the Soviet Union - ed.), and a year later - HPS itself. 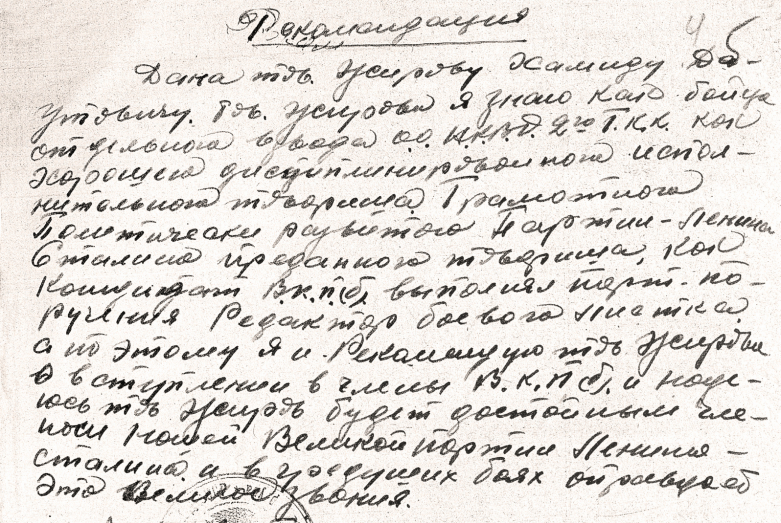 Recommendation to Khamid Zhirov for joining the party, 1943
© From the Zhirovs’ family archive

He successfully applied his new knowledge into practice, leading the editorial board until 1968.  His dedicated work was awarded the Order of the Badge of Honor and the Red Banner of Labor.  In total, Khamid Zhirov gave 20 years to work in a national newspaper.  All this time he did not cease to engage in literature.

Leader of the Abaza writers

Zhirov used every opportunity to identify gifted young people, to attract them to work, to help them get an education.  In everyday life, directly communicating with beginning authors, he led their search in the right direction.  And in the newspaper he published literary-critical articles, subjecting the works of novice poets to strict analysis.

So, he wrote about the collection “The voice of the mountaineers”, which included works by young Abaza poets: “It is clear that our writers, and all our literature, are young, but this should not be an excuse for us.  It is necessary to look at omissions correctly and deliberately and to strive to ensure that they do not exist.  Otherwise we will lag behind life, we will not keep up with it.”

And this is the fundamental difference between the approach to the assessment of literary works of the pre-war and post-war periods.  In the period of the birth of Abaza literature, when there were significantly more shortcomings in the works of beginning poets, it was considered that it was too early to approach them with strict standards. 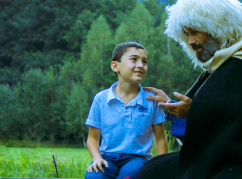 Speak Abaza: past, present and future of the Abaza language

As Zhirov himself said about this, “first literary writers must first be inspired, drawn into the work, and then slowly taught, prompted”.  In the mid-1950s, the time came when it was already necessary to “teach and prompt”, and the eldest and most experienced of national writers took up this task.

Khamid Zhirov participated in the writers' meetings and raised important issues.  At one of the meetings, he raised the issue of selecting works for inclusion in collective books.  “As a rule, the compiler and the editor participate in the compilation of the collection, - he said in his speech.  - Because of this, there are immature works, which are not brought to the appropriate quality. The works published in the pages of newspapers and collections should undergo a preliminary discussion at the meetings of the writers' sections.”  At another meeting, he suggested the need for a regional writers' organization.  In its absence, he saw the reasons that the writers of Karachay-Cherkessia do not know who works on what, there is no proper critical analysis of the works, the good works of national writers are not translated into Russian. 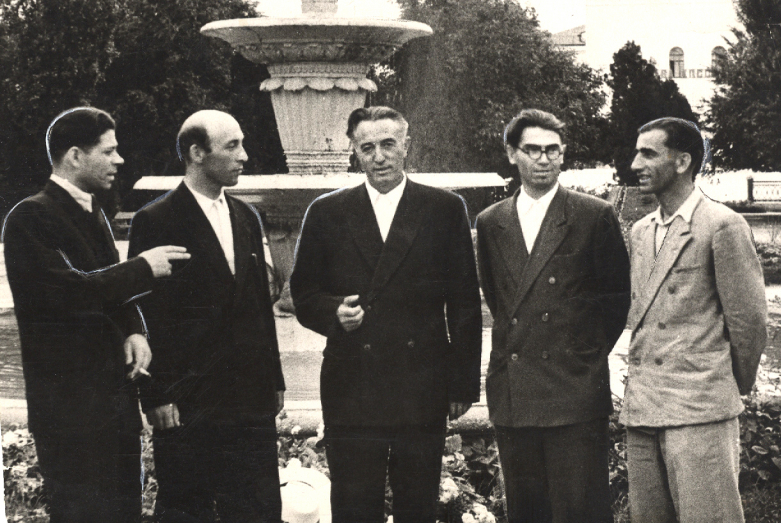 Prose of the history

Khamid Zhirov made a great contribution to the formation and development of Abaza written literature and as the author of highly artistic works.  It is with his work that Vladimir Tugov connects the development of prose in Abaza literature.  From his pen came the novels “The Awakening of the Mountains”, “Son of the Father”, the story “In Search of Life”, numerous stories, essays, short stories, plays, which have become significant phenomena in the Abaza literature.

The last work of Khamid Zhirov was the book “Awakened by the Sun”, published in 1972 after his death.  In addition to the stories, it includes memoirs that contain valuable information about the period of the birth of Abaza literature and the first representatives of the national creative intelligentsia.

Zhirov's rich life experience was also embodied in works of art.  The story “In Search of Life” is largely autobiographical. 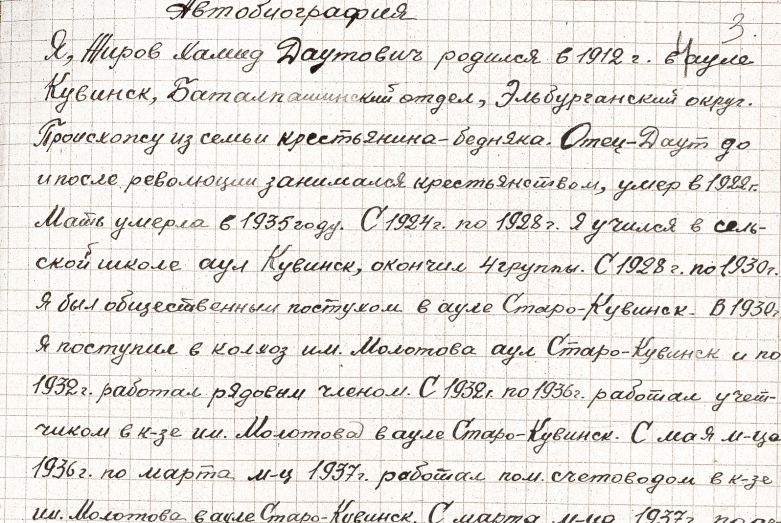 According to literary critics, the story gave Khamid Zhirov the right to write about himself: a story about his own life, his experiences, thoughts and observations are particularly significant for the people.

In the afterword to the book “Awakened by the Sun”, Bemurza Tkhaytsukhov wrote: “This man did not die.  When he was buried, the iron lines warmed by the warmth of his heart still fell out from  the linotype ...”