The first phase - working meetings with environmental experts - was completed at the Discussion club of the World Abaza Congress and participants began to discuss projects.

The WAC Discussion club completed its meetings with experts on “Protection of Ecology and Environment” on June 18. The participants were awarded certificates, after which a new stage of work began - discussion of projects.

The head of the Discussion club, Irina Turava, noted that this “most responsible, final” stage according to the plans approved earlier fell on the quarantine period. 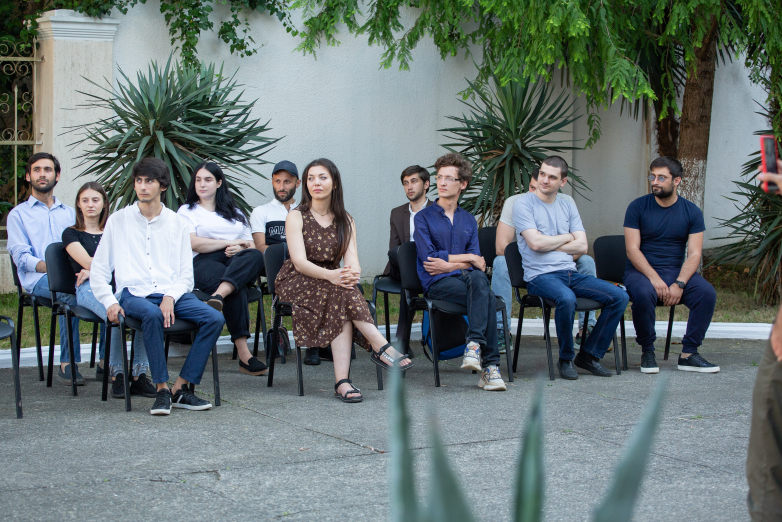 “Therefore, we got out of schedule, we had to change plans, postpone discussion and implementation of the project. In general, I am pleased with the work of the first (environmental - ed.) direction [of the club], we had amazing experts: Mramza Dzhikirba, Ilona Vouba, Savely Chitanava, Roman Dbar, Mikhail Klyukin, Mikhail Kiriya, who shared valuable knowledge,” Turava said. ⠀ 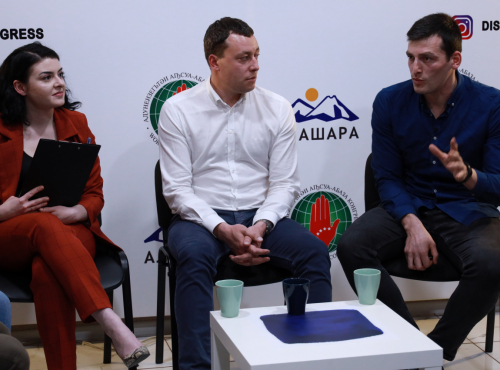 Plant protection from pests was discussed at the WAC Discussion club

She added that the club’s plans were to invite several more experts. However, in the situation related to the COVID-19, the club members agreed that it would now be more relevant to focus on the project, especially since young people have already formulated for themselves the area on which they will work.

“Once again, we were convinced that the environmental direction is one of the most important and relevant: humanity has clearly seen how much the products of human vital activity influence nature. While we were sitting at home, the flora and fauna came to life, came to their senses. This proves once again that environmental education, namely that we have chosen this area as the leading one in the concept of the future project, is an important component of successful interaction between people and nature,” said Irina Turava.

It should be reminded that during the first meeting, all members of the club put in a special envelope the expectations they wrote for their upcoming work. At the June meeting, the envelope was opened. According to the recognition of many club members, their expectations were met: they managed to meet with famous ecologists and make like-minded friends, whom they became for each other.

Therefore, at the first meeting, a young man Sandro Delba said that he joined the club in order to “contribute to solving the environmental problems of Abkhazia.” Now he is sure that he took the first step towards achieving this goal, since meetings with experts gave him a lot of new knowledge, and then “work on projects is ahead”.

“I evaluate the work of the Discussion club as excellent. [At the club] they know their work and know what topics to raise, and, most importantly, they know how to listen to the opinions of others. Most of all I liked how at each meeting each participant expressed his opinion. The Discussion club has become useful to me, I learned a lot. And I began to slowly “say goodbye” to plastic, learning about how harmful it is to the environment,” Delba said.

Marie Grigoryan took part in all meetings of the Discussion club. Marie is an active advocate of ecology and the environment; it was this vital position that brought her to the WAC Discussion club.

“Such discussion clubs are key platforms for changing the minds of young people. During the club’s work there were several rather lively “eco-conversations”, within the framework of which, as it seems to me, we managed to overcome some information disagreements regarding environmental issues. We can say for sure that all members of the club came to a single conclusion: solving environmental problems is impossible without environmental education,” she said.

Dinara Sichinava is the youngest member of the Discussion club. She is still a schoolgirl, but, despite her young age, she has long decided for herself that she will become an eco-activist.

“It was interesting to listen to the guests and guys from our group; we shared our views and opinions with each other. I liked the friendly atmosphere in the club. Thanks to the Discussion club, I met many interesting people, learned a lot of interesting information. It was a pleasant and informative experience,” the girl said. 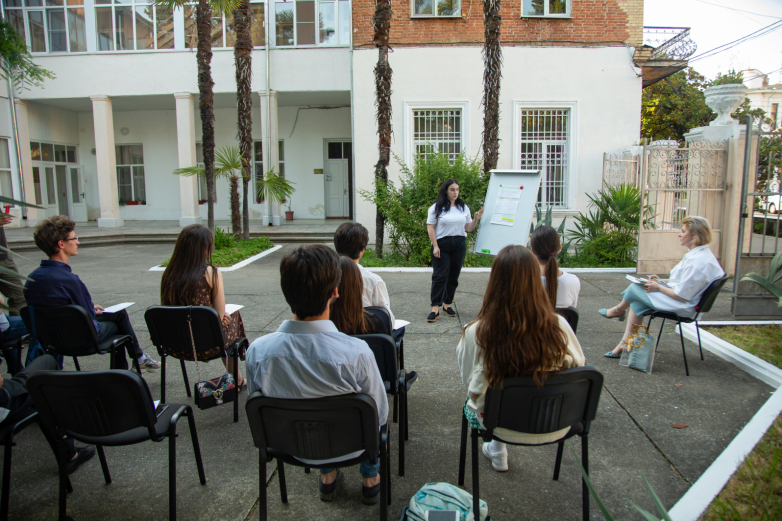 The WAC Discussion club opened in November 2019. Its activity is conceived as work in several areas: it is the preservation of the language, moral, ethical and cultural heritage of the Abaza people, the popularization of national science, environmental protection and others. 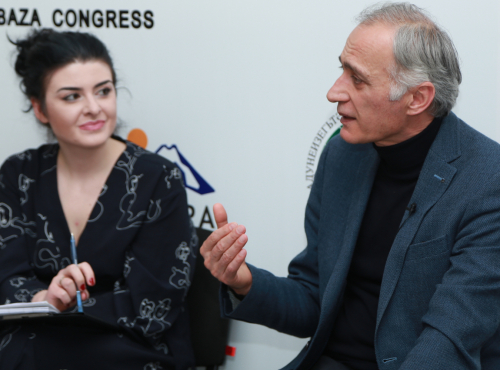 Club members are mostly young people. They were offered a choice of several topics for work. Based on the results of the vote, it was decided to start by discussing the protection of ecology and the environment. 23 people took part in the club’s work in this area.

During the first stage of the Discussion club, participants were able to discuss a number of important issues, including the role of Abkhazia in the processes of global climate change. The youth discussed this topic with the director of the Institute of Ecology of Abkhazia, Roman Dbar. Then the club participants discussed the environmental problems of Abkhazia with the Chairman of the State Committee for Ecology and Nature Protection of the Republic Savely Chitanava.

Famous Abkhaz ecologists Mikhail Klyukin and Mikhail Kiriya also acted as invited experts in the framework of the club’s working meetings. For all this time, the club participants asked more than 100 questions to experts, raised many important topics. The knowledge gained will help young people to work on the main environmental project, which will be implemented upon completion of the second stage of the Discussion club