Experts and members of the Discussion Club of the World Abaza Congress discussed the forms of preserving the national identity of Abkhazians and Abaza at another meeting in the press center of the Congress.

Invited experts and permanent members of the Discussion Club of the World Abaza Congress discussed the issue of preserving the national identity of Abkhazians and Abaza in the places of residence of the Abkhaz-Abaza Diaspora abroad and in their historical homeland at the regular meeting of the club in the press center of the WAC on August 18. 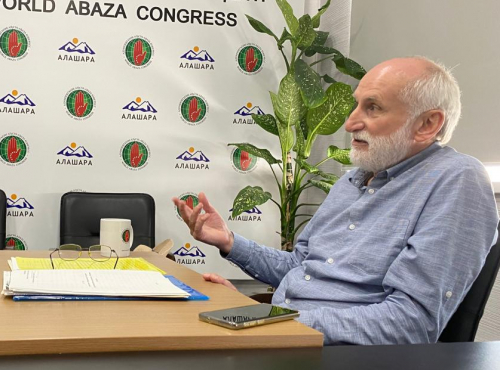 Discussion Club Coordinator Rustam Zantaria introduced the invited experts. They were Deputy of the People's Assembly of the Republic of Abkhazia, Executive Secretary of the WAC Inar Gitsba, ethnologist, veteran of the Patriotic War of the people of Abkhazia, member of the Supreme Council of the WAC Marina Bartsyts, cultural attaché of Abkhazia in the European Union, representative of the Abkhazian Diaspora in Germany Violetta Rudat-Avidzba, head of the department for relations with compatriots of the State Committee for the Repatriation Inal Khutaba.

The focus of the meeting of the Discussion Club, which was held in a round table format, was the urgent need to preserve the national identity of Abkhazians and Abaza as the main factor in preserving the people. Each aspect voiced during the conversation led to historical origins, when national self-consciousness and the forms corresponding to it were passed on from the older generation to the younger. All experts agreed that in the context of globalization, the issue of the vanishing of the national image of Abkhazians and Abaza is topical. Violetta Rudat-Avidzba, cultural attaché of Abkhazia in the European Union, shared her observations about the root causes of this.

"The norms of behavior, upbringing and forms of life in general, borrowed from other countries, have been strongly absorbed into our environment. They were especially reflected in the representatives of our people living in Abkhazia. It is difficult to name a single reason, because everything is interconnected: this is non-traditional cuisine, these are songs and dances borrowed from other nations, these are signs and advertisements in foreign languages, and much more. The diaspora abroad, living inside a foreign state, managed not to waste and preserve the values ​​of its people. Perhaps the main reason for what happened here in Abkhazia is the thinking of people who [now after 30 years of existence in an independent state] do not feel the danger of  disappearance of the national image," Rudat-Avidzba noted. 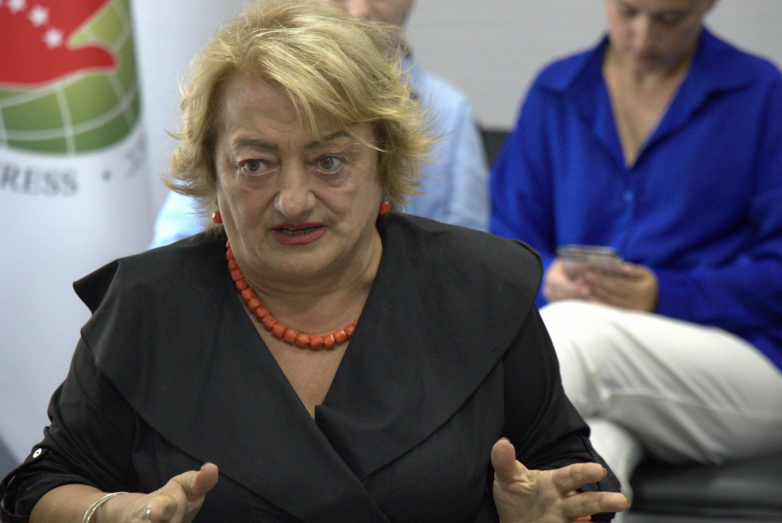 Despite the annual decline in the number of speakers of the Abkhaz and Abaza languages, the national identity of the Abkhaz-Abaza ethnic group, both in Abkhazia and abroad, has been preserved, says Inar Gitsba, Deputy of the People's Assembly, Executive Secretary of the WAC. In his opinion, it is the national identity that is one of the most important factors connecting the Abkhazians and Abaza with diasporas outside of Abkhazia. In particular, Gitsba shared some memories from his more than 10 years of experience working with representatives of the Abkhaz-Abaza Diaspora.

"A vivid example of the preservation of our self-consciousness is the unspoken rule in the Turkish village of Kailara, where only Abkhazians predominantly live: if someone living in this area sells his house, then only Abkhazians can buy it. I think that it is the national identity that should always be a priority," Gitsba said. 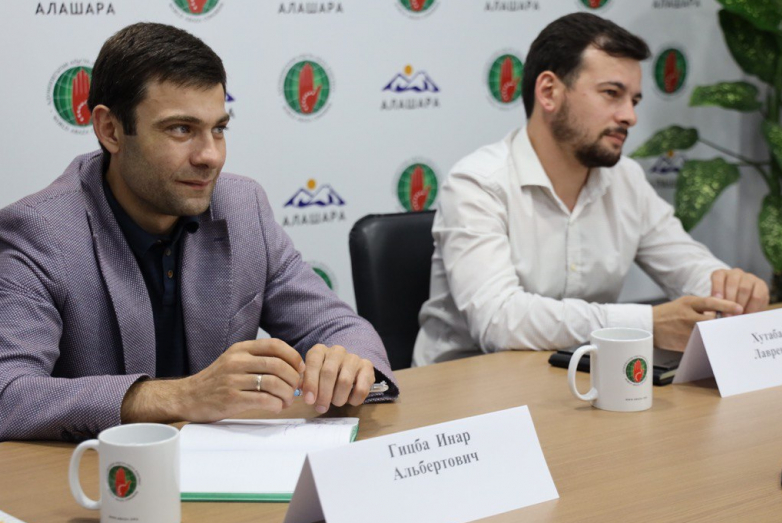 Inar Gitsba singled out continuous communication with compatriots, which modern technologies allow, as one of the main factors of self-preservation of the Abkhaz-Abaza ethnic group. He believes that the opportunities that globalization gives humanity in the modern world should be used in the right direction.

"Let's take, for example, the Internet, which many do not see as beneficial and consider only as a negative phenomenon in our lives and in the lives of our children. The Internet, first of all, should be considered as a communication tool, as a kind of platform where you can present your people, their identity, culture, etc. Then, I think a lot will change," he said. 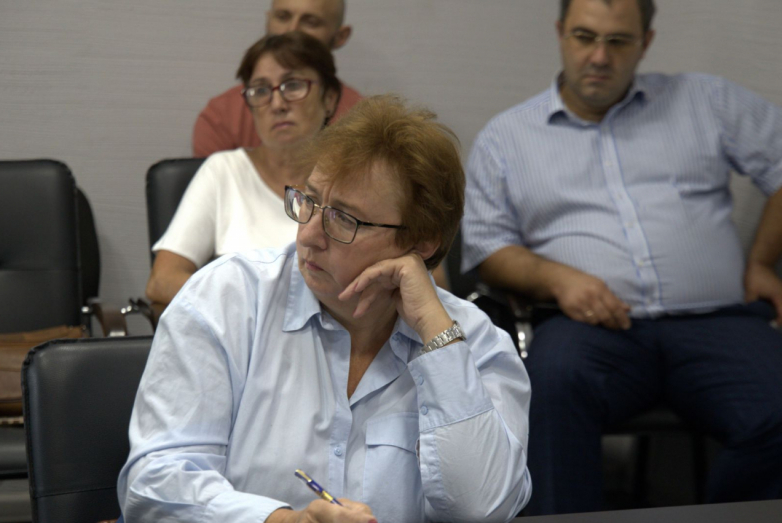 A lively discussion was supported by ethnologist Marina Bartsyts, who believes that it is necessary to distinguish between linguistic consciousness and national consciousness:

"Linguistic consciousness is how one or another person speaks a certain language. National self-consciousness is, first of all, the security of a particular nation. How weakly you speak your native language, how weak your thinking is, your national security and your worldview. Our identity has always consisted not only of the above consciousnesses, but also of the knowledge of the ethnic code, morality, moral education and other components. All these components of self-consciousness have allowed us to survive to this day in whatever country we live. I agree that our diasporas have largely managed to preserve our common national image abroad. I cannot but say that the loss of self-consciousness in the native country will lead to the loss of the native language, culture, traditions and customs," says Marina Bartsyts.

Inal Khutaba, head of the department for relations with compatriots of the State Committee for Repatriation, considers the main aspect of preserving national identity to be a sense of responsibility to those who fought for the preservation of national unity, state independence and free development of Abkhazia. 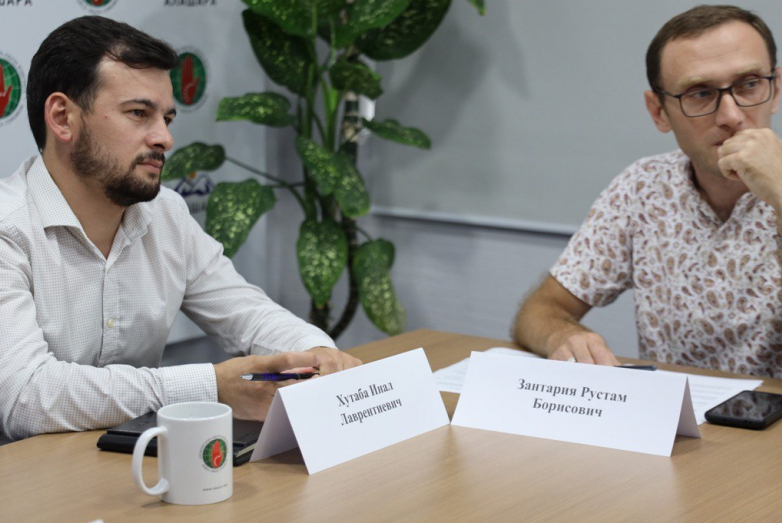 "Realizing at what cost we have survived to this day, we will not lose our originality. However, I am convinced that along with the study of the native language, it is necessary to instill a sense of responsibility, a sense of duty to the founders of our current state," he stressed.

A rhetorical question to the members of the club by a permanent member of the club, the head of the public organization "AMCh" Alisa Pachalia about who and how should be dealing with  the preservation of national identity, was left unanswered.

"In my opinion, simply dictating what needs to be done for self-preservation is wrong. How can we preserve our national image, and who can be our guide?  – questions that still remain open," Pachalia shared her thoughts.

All participants of the round table agreed that it is possible to preserve the national image and not get lost in the era of globalization only by defining the national ideology.

At the end of the meeting, the head of the Discussion Club, Rustam Zantaria, noted that the next working meeting of the permanent members of the club would be held with the participation of one of the experts of the current meeting.