“To be an inextinguishable flame of the people”: on the birthday of writer Alexey Gogua

The WAC web information portal prepared an essay about the popularly beloved writer in Abkhazia, our contemporary Alexey Gogua on his birthday.

The national writer of Abkhazia, laureate of the D.I. Gulia State Prize of Abkhazia in Literature, Knight of the I Degree “Akhdz-Apsha” Order Alexey Gogua was born on March 15, 1932.

I remember one fine September and a school hall filled with children.  Teachers and students present their crafts at the traditional fair “Gifts of Autumn”.  A girl about ten years old stood in front of one of the installations. There was a miniature apatskha (traditional wicker dwelling of the Abkhaz - ed.), a courtyard, a garden with mini-trees and tiny branches scattered on it, plasticine fruits.

“What's this?  - I said - like in Gogua’s works?  Garden after a thunderstorm?”  I looked up and saw the teacher behind the counter, who began to shine in front of me because of my words. Exactly!  And then I think that, nevertheless, it is unlikely that the teacher is now happier than the schoolgirl, who was incredibly pleased with our common conjecture.

I also remember a girl from the neighborhood, a just born one, who was brought home.  She was called Elana and, also, “like in Gogua’s work.”

Many years have passed since then, as it usually happens.  And now I already work on television, and Alexey Nochevich is a guest of the studio.  Before filming, he complains about a bad figure of speech in one of our reports.

“It was obvious,” he says, “that they translated from Russian and translated literally.  Abkhaz does not tolerate calque, one must think in Abkhaz order to write a text in Abkhaz.”

It’s a pity, I don’t remember now what kind of expression we were talking about.  But maybe this is no longer important.

Alexey Gogua is a people’s writer.  This is the official title awarded for outstanding achievements in the development of literature.  But, if they asked me which writer is a folk writer, I would answer: one that is a part of your life.  The one whose hero’s names are given to children.  And then everything is right.

All the greats are modern

After school, the future writer applied for admission to the faculty of Russian language and literature of the Sukhum Pedagogical Institute.  But then, having successfully passed the main subjects, he did not pass the exam in the Georgian language.  After that failure, he began to work as a miner in a Tkuarchal mine, and a year later he nevertheless enters the institute in his chosen specialty.

Later, from 1955 to 1960, Alexey Gogua studied at the A. Gorky Literary Institute in Moscow.  In 1959 he became a member of the Union of Writers of the USSR.

After graduation, Gogua returned to his homeland.  He worked as executive secretary of “Alashara” magazine (since 1962), senior editor of the state publishing house, editor-in-chief of the children's magazine “Amtsabz” (1975–1989), chairman of the board of the Writers' Union of Abkhazia (1989–1997).

Alexey began to write from childhood, his love of the word was due to family traditions. His father was a storyteller, he knew folklore and folk epos well, talentedly performed it, had a way with words.

Gogua began his career with poetry.  His first publication was the poem “Geologist”, which was published in the newspaper “Apsny Kapsh” in 1949.  Alexey was then 17 years old.

Today we know him as the author of many stories, short stories, novels, critical and journalistic articles and essays.  And his rhapsody novel “Asdu” (“Big Snow”) became a cult work in Abkhaz literature, which was translated into many languages ​​of the peoples of the former Soviet Union, European languages ​​and Japanese. 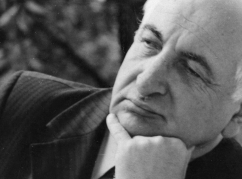 Loved by the people: on Bagrat Shinkuba

Gogua himself was also doing translations.  Thanks to him, “Crime and Punishment” and “White Nights” by Fyodor Dostoevsky, “The Death of Ivan Ilyich” by Lev Tolstoy, “Abkhaz Tales” by Konstantin Fedin and other works appeared in the Abkhaz language.

According to Alexey Gogua, all the great writers are modern.  He admits that he again and again turns to Marquez’s novel “One Hundred Years of Solitude”.

“It seems to me that this is an outstanding work that in many ways summed up the achievement of the novel genre in general,” he says.

Among the Abkhaz authors Gogua distinguishes the national poet of Abkhazia Bagrat Shinkuba, his poetry and prose.

“If the motives of Abkhaz literature are present in the great sea of ​​literature, these are, first of all, the motives of the deeply popular poetry of Bagrat Shinkuba,” Aleksey Gogua is sure.

All his life Alexey Nochievich took an active part in the socio-political life of Abkhazia.

In 1988, he became a people's deputy of the USSR (1988-1991).  His name is inextricably linked with the socio-political movement of the People’s Forum of Abkhazia “Aidgylara”, which he headed.

Everyone who is familiar with the history of Abkhazia knows how important this association played in the national liberation struggle of the Abkhaz people.

“Aidgylara” Forum was established in December 1988.  The movement brought together well-known representatives of the intelligentsia and the country's public.  The name of the organization translated from Abkhazian means “unification”, which reflects the main idea and message of the movement.

The struggle of the people of Abkhazia for the restoration of national statehood, for the rights and freedom of the Abkhaz people, oppressed by the Georgian authorities on their own land, has entered a qualitatively new stage since the creation of the “Aidgylara” movement.  In fact, “Aidgylara” was the only organization at that time defending the interests of the Abkhaz people. The movement became a good help for rallying the forces of the people on the eve of the Patriotic War of the people of Abkhazia (1992-1993).  Subsequently, in 1995, the organization self-dissolved.

Grandson about his grandfather

Despite all his busyness - both in the creative and in the public field - Alexey Nochevich always managed to devote time to his family.

The first grandson of the writer Nar Taniya recalls that his famous grandfather always put off work when grandchildren appeared in his house. 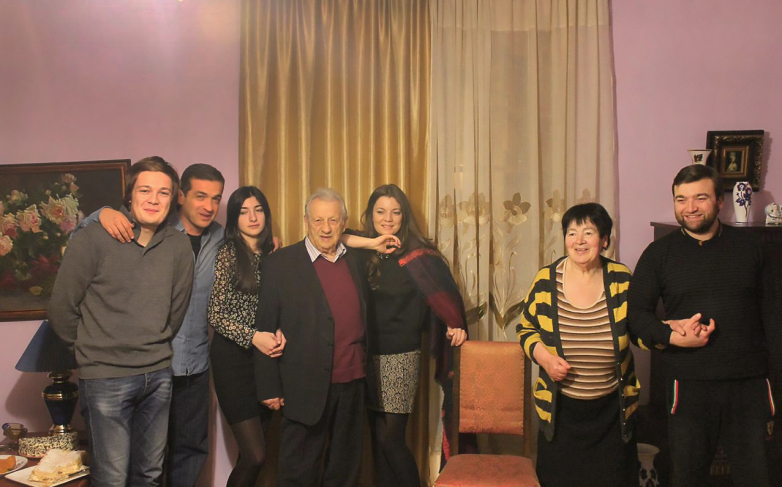 “Hearing me, he left his next work and called me to him.  We talked a lot until I left.  He always found time to pay full attention to me,” the young man says.

Nar admits that his grandfather has always been an idol for him and an unattainable value.

“Even when I was just a kid, I realized that in front of me was a big man. Inwardly, I felt this, although I did not yet know about all his merits to the Motherland, I did not understand the importance of his activities, both political and creative. I always wanted to see grandfather again to feel this “aura” again,” the grandson of Alexey Gogua shares.

Among the works of his grandfather, Nar stands out for himself the novel “Elana”, the collection of short stories “Wild Azalia” and the cult novel “Asdu”.

This novel is relevant today.  Despite the fact that the events described in it relate to 1911, the parallels with today are clearly traced, Nar said.

Gogua himself notes that he lived a “difficult and interesting life,” and he tried to reflect all this in his work, to express through living participation in the life and struggle of his people, his country.

“I considered this and still consider it the main goal of my life, for the fulfillment of which I used all my physical and spiritual abilities,” the writer says.

At the end of our interview, Alexey Gogua gives valuable advice to his young colleagues.

“If the people are burning coals, then we must be its inextinguishable flame, which warms and shines,” the writer concludes. 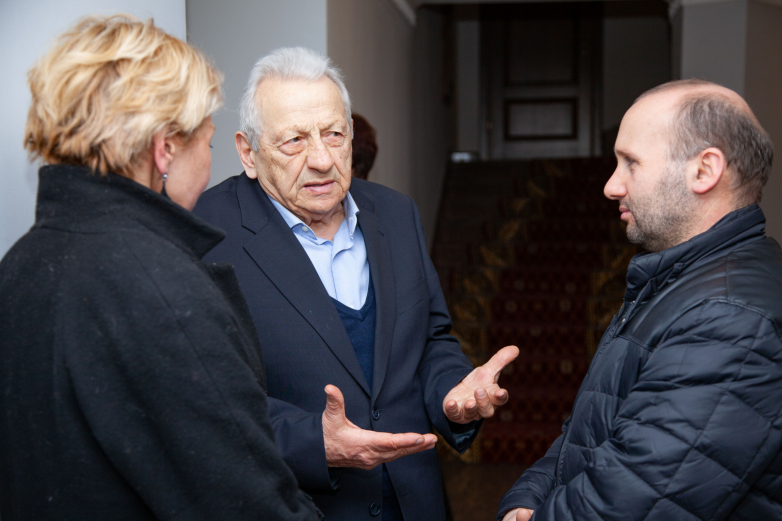 At the premiere in the Samson Chanba Abkhaz State Drama Theater, in the photo  from left to right: Ada Kviraya (with her back), Alexey Gogua and Dzhambul Dzhordaniya
© Naala Avidzba 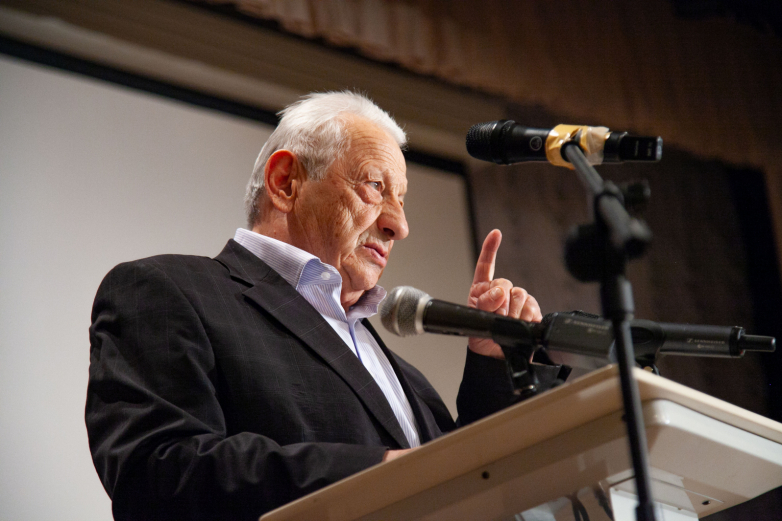 Alexey Gogua at the anniversary of “Alashara” magazine, 2015
© Naala Avidzba 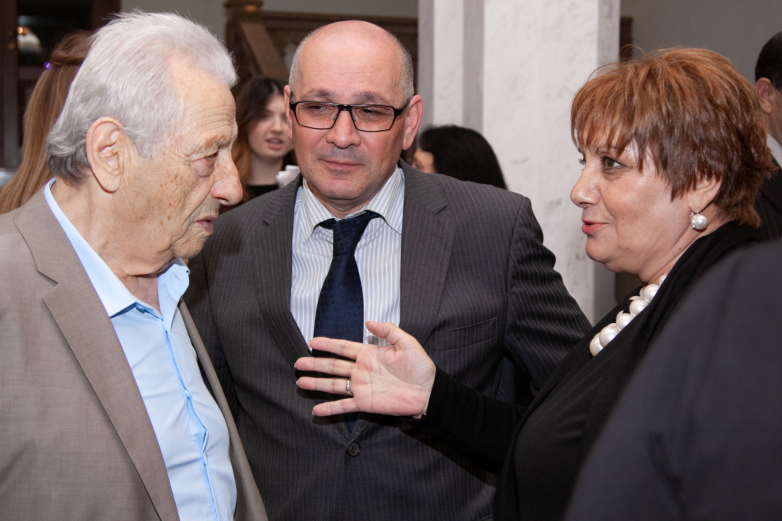 At the anniversary evening dedicated to Bagrat Shinkuba, in the Samson Chanba Abkhaz State Drama Theater.  In the photo from left to right: Alexey Gogua, Daur Nachkebiya and  Svetlana Korsaya
© Naala Avidzba 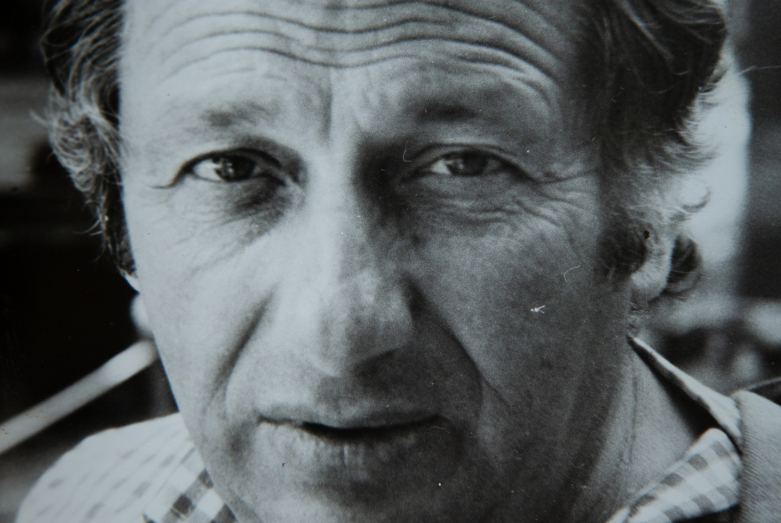 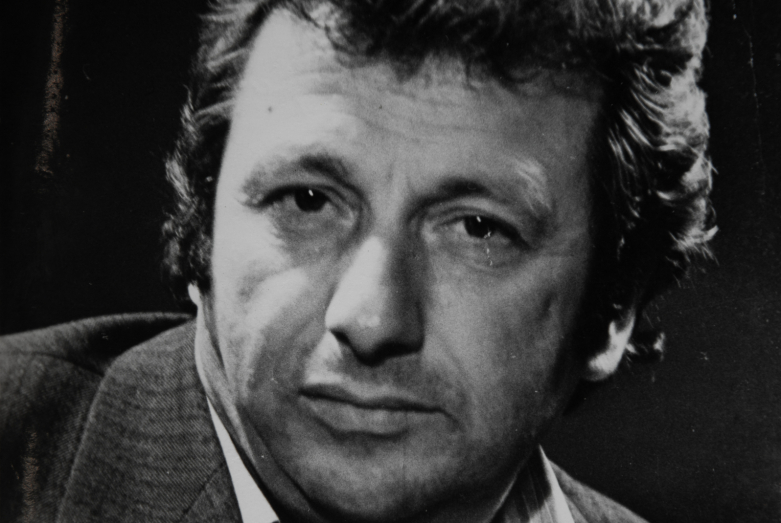 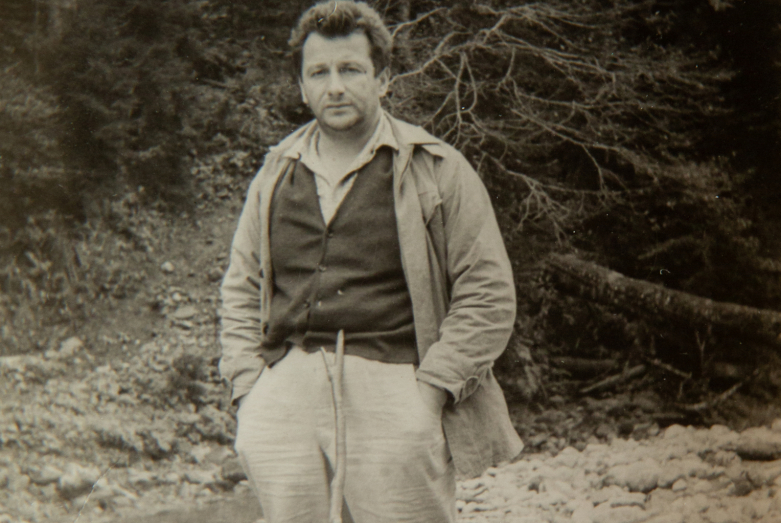 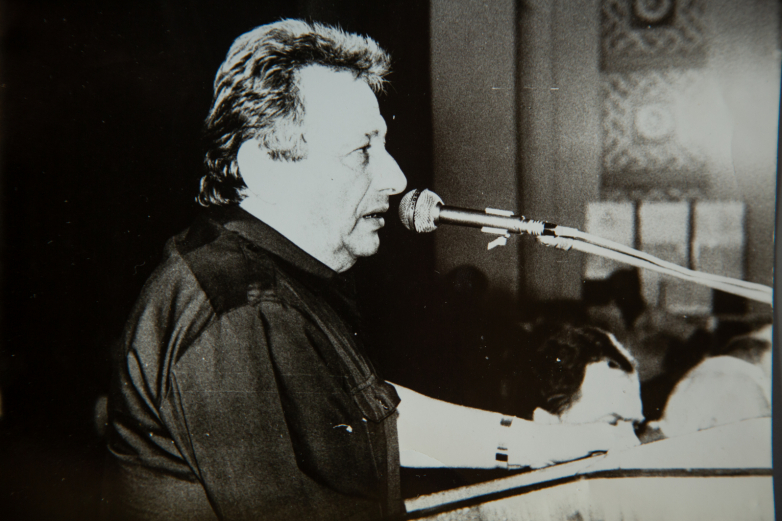 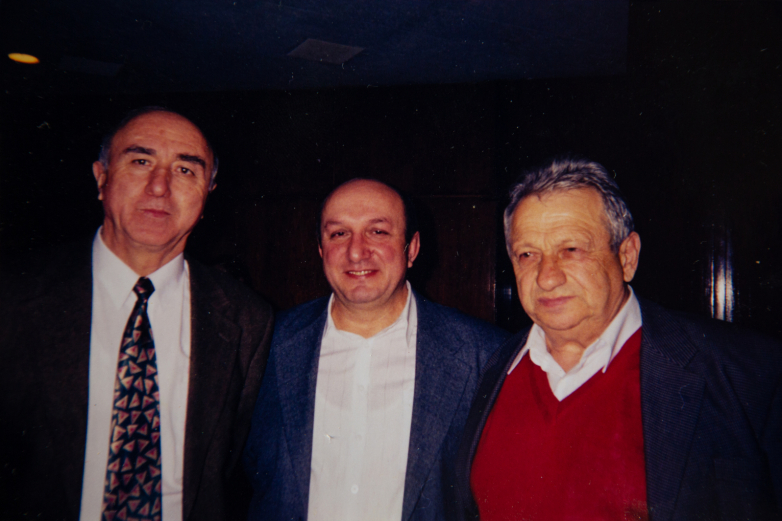 In the photo from right to left: Alexey Gogua and Denis Chachkhalia at a meeting with the Moscow Abkhaz Diaspora, Moscow, 2000s
© Family archive of Alexey Gogua

We heartily congratulate Alexey Nochevich on his birthday from the entire WAC team!  Long and fruitful years, our dear writer!

Poet Mushni Lasuria: "In the very labor was my reward"
The pioneer in everything and the patriarch of Abkhaz literature: about Dmitry Gulia
“Is it simple: to burn every day since dawn for everyone?”: To the 83th anniversary of Taif Adzhba
“I have never seen tears and sobs over a book”: to the 115th anniversary of Iua Kogonia